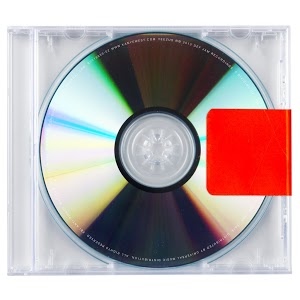 Kanye West's album Yeezus (above) is available for free
on Google Play in its entirety for a limited time.

Looking for some great music to help you ring in the new year without breaking the bank? Google announced today that it’s giving away digital copies of two of the best albums of 2013, Kanye West’s Yeezus and Chvrches’ The Bones of What You Believe, for free (U.S. only) for a limited time on Google Play. And it gets even better: A large number of 2013’s top singles are available for free on Google Play as well.

For sure, Kanye West’s controversial hip-hop album Yeezus isn’t for everyone – there are a lot of references to drugs and alcohol, explicit language and violent content. It’s definitely not meant for kids, and plenty of adults will find the harsh beats to be jarring. Still, critics loved the album.

Chvrches’ The Bones of What You Believe, meanwhile, is much more pop-oriented. Noted music blog Pitchfork says the album is “a seamless fusion of emotive theatrics, hook-loaded songwriting, and some of the more forward-thinking sonics in electronic music.” The Scotland-based band definitely has a very unique sound – one firmly grounded in the year 2013.

Head over to Google Play’s Music section to download these great albums while they’re free. And while you’re at it, check out Google’s "Play Picks 2013" section for even more free music downloads including Arcade Fire’s Reflektor, Rihanna’s Stay, Bruno Mars’ When I Was Your Man, Taylor Swift’s I Knew You Were Trouble. There are 20 free tracks in total.

Whatever you do, though, don't delay. Like when Google Play offered the movie Elf for free this Christmas, this offer won't last long.