by Techlicious on November 28, 2015
in Kitchen, Sponsored, Health and Home, Blog :: 0 comments 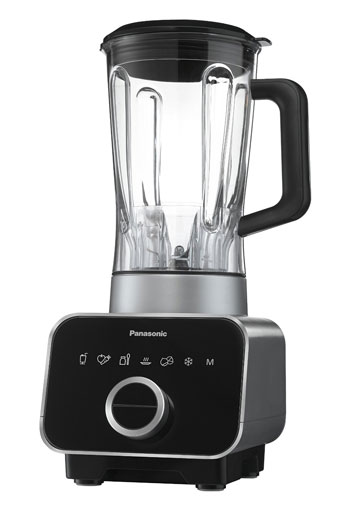 By Suzanne Kantra and Josh Kirschner

Panasonic just added a new high-power blender to its kitchen appliances line-up, the MX-ZX1800. With a 1,200-Watt motor and a $599 list price, the ZX1800 is Panasonic's new flag ship device, positioned to go head-to-head with Vitamix, Blendtec and other premium blenders.

First off, the MX-ZX1800 is a beautifully designed blender that will look great on any countertop. Clad in aluminum, with a minimalist black face, it is arguably the most attractive premium blender available. Panasonic also got the size right; its 61oz pitcher and base are short enough (just) to fit underneath your upper cabinet when not in use.

Controls are simple, with six presets for smoothies, soup, crushing ice and other common blender tasks. For those wanting more control, there is a variable speed manual control, as well. There is a tamper included, to help with trickier ingredients, and an insulated ice jacket that will keep frozen drinks in the pitcher cold.

Everything we made in the ZX1800 came out great: it whipped up frozen smoothies in no time; hummus was silky smooth; and simple soups could be made directly in the blender, with the blade friction heating the soup to serving temperature. And, the controlled motor start on the ZX1800 meant liquid wasn't catapulted out the top of the pitcher every time it was turned on.

While there is no shortage of healthy recipes we could create using the ZX1800, we decided on a family dinner soup that was a riff on the traditional Italian zuppa di ceci and the flavors of Spain. Since this is intended as a weeknight family meal, we kept the prep simple, and went with tapas style shrimp and chorizo as our proteins (to satisfy the mixed tastes of my three kids). The result is a hearty dish with deep flavors that can be as healthy (shrimp) or not (chorizo) as you like. 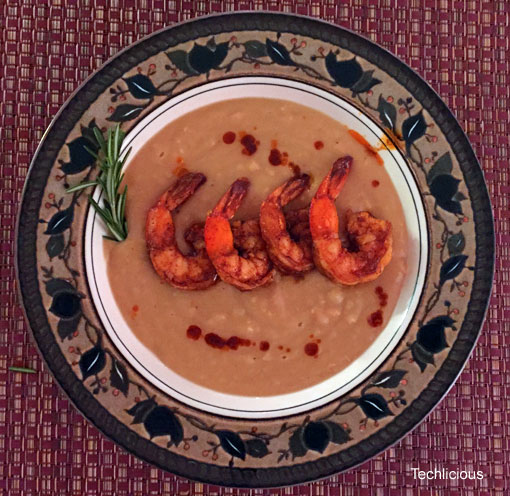