Flat Panel 3DTVs Now in Stores - What You Need to Know

After months of hype, the first flat-panel 3DTVs are finally available. In fact at 9:45 AM ET yesterday, a young couple bought the first 3D system at a Best Buy in New York City, the Panasonic Full HD 3D Plasma Home Theater System ($2,900), which includes a 50-inch VT20 plasma 3DTV, a pair of 3D glasses and a BDT300 3D Blu-ray player.

Remember: 3D is Just a Feature

Keep in mind that you’re still basically buying a TV, albeit one that has the capability of display a 3D image. For now, the 3DTVs represent the higher-end models in each manufacturer's line-up. Prices are somewhat higher than the current pricing on last year's models without 3D, but not significantly. So, if you're in the market for a high-end model, this should be a feature you consider.

While 3D content will be increasingly available, the majority of what you’ll watch, especially this year, will continue to be in regular 2D. The good news is that the improved technology that makes 3D possible also enhances the quality of your 2D picture. And as 3D home videos, pictures, movies and other content become available, your TV will be ready.  Though you'll still need the right gear to get that 3D content.

If you’re in the market for a 3DTV, you’ll see the usual suspects on the showroom floor: LCD, plasma, rear-projection and front-projection DLP TVs.  There are only a handful of models available, but many more will be released in the coming months.

All the things you like about 2D LCD TVs hold true for 3D models. They’re the slimmest on the market and they hold up the best in bright light. For the best 3D effect, you’ll want to go for the fastest panel you can buy. Right now that’s 240Hz, but 480Hz will be coming out in the fall. 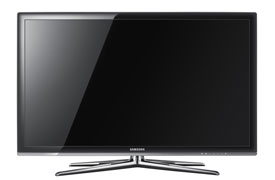 Models available now:
Samsung 3DTVs will not come with a pair of 3D glasses in the box with the TV. However, you’ll be able to get a free 3D Starter Kit when you also purchase a Samsung 3D Blu-ray player or 3D Home Theater System. The 3D Starter Kit contains a “Monsters vs. Aliens” 3D Blu-ray disc and two pairs of Samsung 3D glasses. Additional glasses cost $149 for the battery operated version, $179 for a rechargeable child-size pair and $199 for an adult-size rechargeable pair. Kits will be available within the next month. Samsung 3DTVs have a conversion mode that enables you to watch regular 2D programming in 3D, but don't expect it to come close to true 3D programming.

Speed is important when it comes to 3D, because the TV has to generate twice as many frames—one for the left eye and one for the right eye—as a 2D set does. Plasma has the advantage here over all types of LCD TVs (including LED-backed LCD sets, which are sometimes called LED TVs). You won’t want to view a plasma TV in direct sunlight, but you’ll want a darkened room for the best 3D effects anyway, regardless of the TV technology. 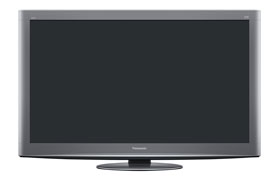 Model available now:
Panasonic 3DTVs come with one pair of 3D glasses in the box. Additional glasses cost $149 per pair and currently come in one size—adult. Panasonic is working on a promotional package that will include a movie, either Ice Age: Dawn of the Dinosaurs or Coraline. And you can buy a Full HD 3D Plasma Home Theater System ($2,900), which includes a 50-inch VT20 plasma 3DTV, a pair of 3D glasses and a BDT300 3D Blu-ray player. Panasonic 3DTVs do not include a chip to convert regular 2D content into 3D.

You’ve been able to purchase rear-projection DLP TVs that are 3D capable now for a few years, and this Spring you’ll be able to buy a 3D converter box and glasses to transform those sets into 3DTVs (look for the “3D Sync” output port on the back to see if your set is compatible). Last week, Mitsubishi began selling a line of DLP 3DTVs that don't require the converter box. DLP sets provide the largest screen sizes and generally provide the best value, if you don’t mind the limited viewing angle and large cabinet depth (22 inches vs. less than 2 inches for LCD). 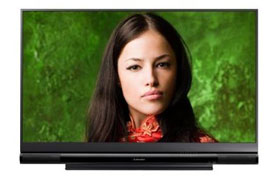 Models available now:
Mitsubishi 3DTVs do not come with a pair of 3D glasses in the box and do not include a chip to convert regular 2D content into 3D. The 837 models add an additional HDMI jack, x.v. Color extended color reproduction, and a USB port for playing back photos and video.
Mitsubishi 60-inch WD-60737: $1,200. Check pricing at Amazon.com

Thanks for this informative guide.

Thanks for this informative guide. My wife is keen to check out a new TV but I’m really hoping we can get a 3D compatible set. With so many of this years hit movies being available soon on DVD in a native 3D format I think it would be a shame to spend a lot of money on a set only to miss out on the latest features!