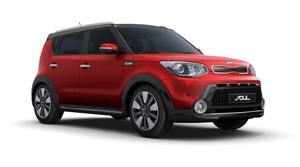 I’ve been driving my current car for the last 7 years now. It’s pretty beat up, warning lights keep coming on and $500+ repairs are a regular occurrence. I could afford to buy a new car now, but I’m waiting – waiting for the technology in new cars to finally catch up with the tech I use when I’m not behind the wheel.

As it turns out, I won’t have to wait much longer. This week, Korea’s ET News reported that car makers Hyundai and Kia will be offering an Android-based navigation interface with their new Genesis and Soul models by the end of the year.

It’s not known specifically what build of Android will be used, or how customizable it will be (probably not very, due to road safety concerns). At the very least, you can expect connectivity with existing Android smartphones like the Samsung Galaxy S4, letting you answer calls and stream music using your car stereo. One would expect that Google Maps integration will be a given, too.

Android isn’t the only mobile operating systems making its debut in vehicles in the coming months. Earlier this year, Apple announced that it would be working with car manufacturers to create “iOS in the Car,” a new standard that would mirror your iPhone’s screen directly in your car’s dash. Chevrolet, Ferrari, Honda, Jaguar, Kia, Mercedes, Nissan, Volvo and others will be including the new feature as an option in select 2014 models.