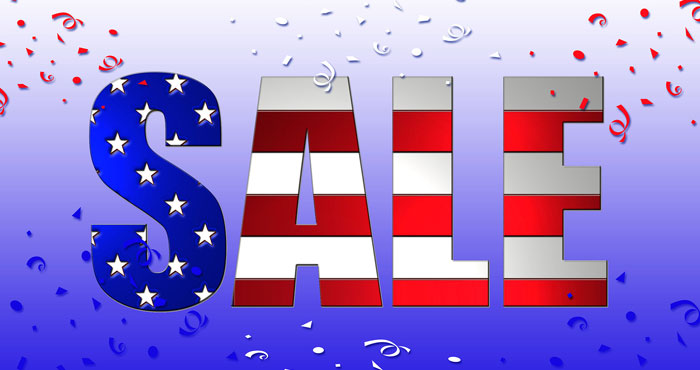 The sales have already begun and will last through Monday. Though some sales will continue throughout the next week, there's no guarantee that they'll still be in stock, so if you see a deal this weekend, it's best to jump on it.

However, don't just jump on any deal you see: not every sale is a good sale. To make sure you're getting a real bargain, it's a good idea to use a price tracker that will tell you whether you're getting a great price. The Camelizer browser plugin is a great reference that will show you the price trends of any product on Amazon — and you can use it for a quick comparison against any sale you see. For more advice, take a look at our favorite price trackers.

But if you don't feel like shopping around, here are the best bargains we've found online.

All large appliances up to 35% off at Best Buy, Home Depot and Lowes

[Image credit: Sale in red, white and blue via BigStockPhoto]