This is the end, my Muggle friends. With the release of the final film, "Harry Potter and the Deathly Hallows–Part 2" on Friday, there are no more movies or books to anticipate. Many — most — fans will see the movie more than once, but what's after Hogwarts? Fortunately, there are a range of Potter-centric phone apps that will keep you casting spells, and remembering the magic long after "Deathly Hallows" leaves the box office: 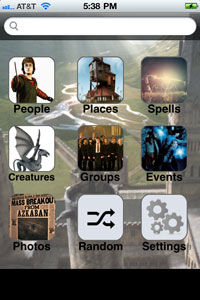 Potter’s World Encyclopedia
As its name suggests, this app delivers all the details on the people, places, creatures, spells, groups and events that make up the world of Harry Potter. Listings come with images pulled from the movies, stats and the full backstory. It’s a handy app for Potter fans. Free on Android Market

MuggleNet
MuggleNet.com is the go to site for everything in the Harry Potter universe and their app offers the same. The design is very basic, but includes everything from recipes in the "The Unofficial Harry Potter Cookbook," to "Muggle of the Week" (chosen Hallow: invisibility cloak), and all the up-to-date star appearances, trailers, film countdowns, interviews and their very own podcasts, called "MuggleCasts," natch. The app isn't pretty, but it functions easily and updates often. Price: Free on iTunes 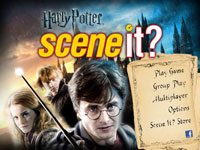 Scene it? Harry Potter
This app is ideal for cinephiles and Harry Potter authorities alike. There are 30 trivia challenges with 16 questions each, and all the challenges include clips from the films, screen shots, audio clips and loads of engaging details. Experts will sail through, while others will enjoy learning about the films. There are single player, multi-player and pass and play options. It's very functional and attractive, and would be optimal on the iPad. The only drawback is that once you are through the game, you're done. Hopefully, more challenges will be added in the future. Price: $1.99 on iTunes

LEGO Harry Potter: Years 1-4
Based on the popular console game, this app recreates Harry's adventures in the first four books. The 3-D scenes are quite impressive, with the usual awe-inspiring details that LEGO creations inspire. Use the virtual d-pad, which is fairly intuitive and reminiscent of playing a console game. The touchscreen option for moving Harry through the game is slow and frustrating. Players can unlock up to 100 characters to control throughout the 41 levels of their quest. Harry's objectives aren't particularly difficult (get the mail, greet a wizard), but being in the story, casting spells and battling Voldemort is sure to please fans. Price: $4.99 on iTunes 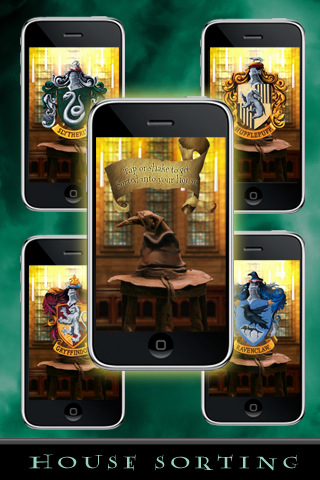 Harry Potter: Spells
This was Warner Bros.' first Harry Potter app and it remains highly rated and popular. The objective is fairly simple: cast spells to vanquish your opponents in a duel — on your own or against others online. The game will appeal to the Potter purists, with its wand selection and sorting hat (I got Gryffindor!), as well as the enchanting score from the film. You can select up to 17 spells, with two more spell packs available for 99 cents each, and you can either use the touchscreen or wave your phone to cast your spells. Unfortunately I found that using my phone like a wand didn't work well, despite all of my flailing and following of the tutorial and various phone-handling styles. (It's disappointing to not execute the mighty Confringo spell when you really need it.) The touchscreen is quite effective however, and very fun. In fact, it's hard to stop casting once you get started. Price: $2.99 on iTunes, or free for a "lite" version that comes with just three spells.