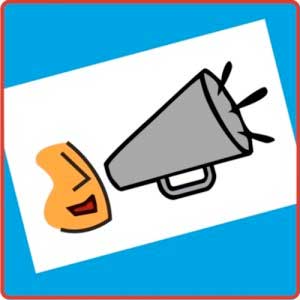 You're out and about with your Android device and you suddenly realize that you need to access a file sitting on your home computer. You're stuck, right? Not if you have Splashtop Remote Desktop, an app that brings your entire computer to your phone or tablet.

If you're going to be traveling in Europe, this popular multi-language talking phrasebook is a must-have application. The MobiLearn Talking English-French-German-Italian-Spanish Phrasebook provides the language help you need, just when you need it. In a flash, you can choose a phrase in any of the five languages, then see and hear its translation in any of the other languages.

You're Speaking Their Language

The program is based on a core of over 400 common expressions linked to the situations you're most likely to experience as a business traveler or tourist in the many places around the globe where these languages are spoken. The expressions in each language were developed by professional teams of native speakers. Their translations are based on mainstream conversational language as it's spoken today.

Native speakers provide pure, clear pronunciations for each audio clip. You can bookmark favorite or common expressions for fast, easy access, or use the repetition command to hear phrases over and over if you want to memorize or practice them. The Autoplay command plays each phrase one after the other--perfect for language immersion.

If you're a frequent European traveler, planning a special trip there, or just want to learn a new language, the MobiLearn Talking Phrasebook is an invaluable tool.

Note: Because of the MobiLearn Talking Phrasebook's high quality audio, it requires more storage memory than the average Android app--about 50 MB total. Installation on a high-capacity SD card is recommended. The core program installs in about a minute, then installs all remaining voice files on first launch in a one-time download. This may take as long as an hour or so, depending on network speed; a Wi-Fi internet connection is highly recommended.