posted by Suzanne Kantra on July 26, 2012 in Family and Parenting, Phones and Mobile, Cell Phones, Guides & Reviews, Back to School, Money Savers :: 9 comments

Today, you can get a prepaid smartphone that easily competes with contract phones—even a prepaid iPhone. You’ll pay more up front, but entry-level monthly plans are much less.

Before you get too excited, keep in mind that the latest and hottest new phones are still available to contract customers months before they trickle down to prepaid plans and carriers. And, like contract phones, prepaid phones are usually locked to the carrier you purchase them from. But there's no denying the savings.

So if you're going the prepaid route, these are our picks for the best prepaid smartphones: 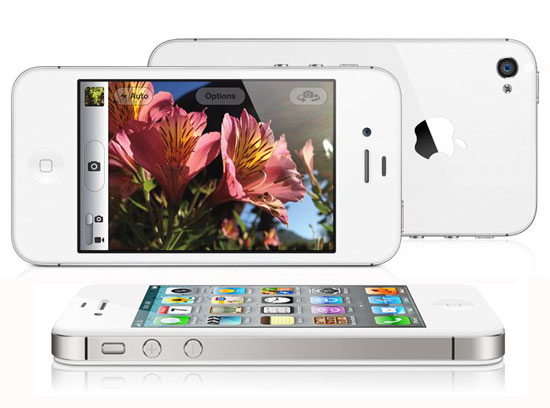 The iPhone 4S as a prepaid phone? That’s an automatic winner. You’ve got the unbeatable app store, great 8MP camera and a huge ecosystem of accessories and cases. And for some, the smaller 3.5-inch screen is a bonus for portability. Other key specs include a 800MHz dual core processor and a 1430mAh battery rated at up to 8 hours talk time or up to 8.3 days standby. Like other iPhone 4S models, these run on the carriers’ 3G networks. Price: $499.99 on Cricket $499.99 and $649.99 on Virgin Mobile 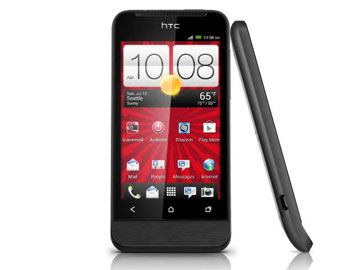 HTC One V on Virgin Mobile

While the One V doesn’t have the dual-core processing power or 4G speeds of its big brothers, the HTC One X (AT&T) and One S (T-Mobile), it does share the same imaging processor and has a 5MP camera with a f/2.0 28mm wide-angle lens. That means fantastic low-light photos, instant camera start up, imperceptible shutter lag, continuous shooting and the ability to take photos while shooting HD video. The One V runs Android 4.0 Ice Cream Sandwich and has a 3.7-inch display, a 1Ghz processor, 4GB onboard memory and a microSD card slot and a 1500mAh battery rated at up to 7.2 hours talk time or up to 10.5 days standby.
Price: $199.99 on Amazon.com 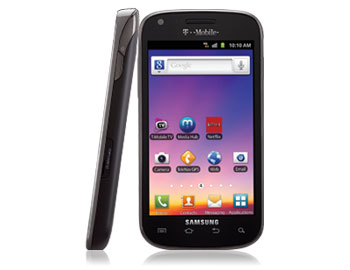 The Samsung Galaxy S Blaze 4G earned our "Highly Recommended" rating when we reviewed it April. It runs on T-Mobile’s 4G network, has a speedy 1.5GHz dual core processor, a 3.97-inch AMOLED display and runs Android 2.3.6 Gingerbread (rather than Android 4.0 Ice Cream Sandwich, which most new phones run). It packs a very good 5MP camera, 4GB microSD card and a 1750mAh battery rated at up to 7 hours talk time or up to 9.5 days standby.
Price: $299.99 on T-Mobile

Why the HTC One V instead of the HTC EVO V 4G?

It seems strange that the HTC One V would be picked over the HTC EVO V 4G on Virgin Mobile. The EVO V 4G is better than the One V in pretty much every respect except for initial investment price. And for the record, a 3.5” screen phone isn’t all that much more portable than a 4+” screen. I will take the bigger screen any day.

It's always a judgment call

It’s always a judgment call when choosing our top picks. The EVO V 4G has better specs (except in the camera department), but we wanted to offer a lower priced option, especially given the number of people moving to prepaid to save money.

Yes, but then you are

Yes, but then you are talking about the cheapest option. This article is about “best” smartphones not the cheapest.

Used/Refurbished HTC amaze unlocked only $163, then got a T-mobile sim chip on sale $0.99 then signed up for the T-mobile/Walmart deal 100 minutes talk, unlimited text & data (data is capped at 5G)

I have a difference of $486 to bank investing for next techno upgrade plus….....smart phones get lost, stolen and break so I don’t sweat it cause I tied so much money into it!

Bring your own phone to Straight Talk

You can bring your own AT&T or T-Mobile or unlocked phone with purchase of $15 sim card, no contract and pay $30. For unlimited talk & text or $45 for unlimited Internet , talk & text. I’ve been very happy with service using my iPhone.

In response to bringing your own phone to AT & T or T Mobile, How or where do I get my Sprint phone unlocked?  I know in the past I have had friends who have attempted to “unlock” phones and take them elsewhere and these businesses that do that advised they were unable to do so. I would love to get away from Sprint.  Thank you for any help you can provide.

there are websites that you can google for unlock codes or got to ebay there are retailers there that sell access to unlock your phone it should cost you no more than $3.99 max .....

All you do is give them the style number and voila some will ask for the code on your sim chip to unlock but great news you can contact AT&T or T-Mobile when call in or order a sim chip they should provide links to valid sources to get unlock codes for your phone why they want your business.

Cassie….Thank you for response and all of the info you provided.  Can’t wait to get away from Sprint now!