Review of the Motorola Droid 4 (Verizon)

by Suzanne Kantra on March 10, 2012
in Phones and Mobile, Cell Phones, Guides & Reviews 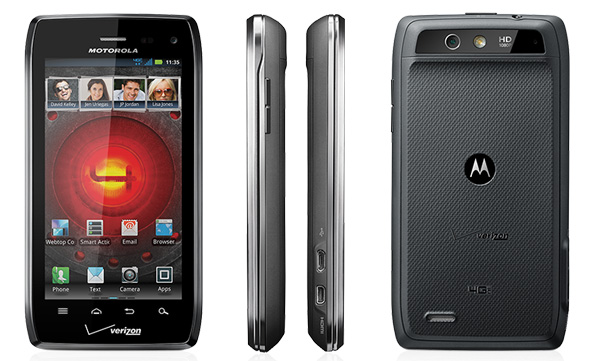 The Motorola Droid 4 is a solid phone that feels good in the hand, performs tasks well with its 1.2Ghz dual-core processor and makes use of Verizon's super-fast 4G LTE network. Plus, it has a fantastic slide-out keyboard.

So the question is whether a slide-out keyboard can tip the scales. Read on to find out.

The Motorola Droid 4 is a solidly built phone, with a textured back that feels comfortable and secure in your hand. It's heavy at 6.31 ounces and thick at 0.5", due to its slide-out keyboard. But compared to other phones with slide-out keyboards, if's slim. 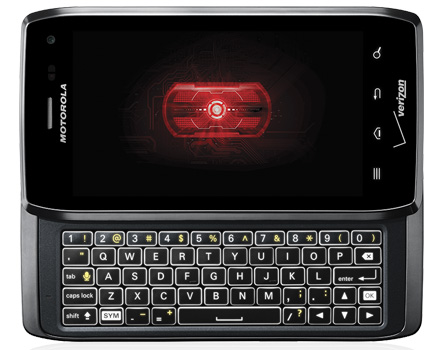 The backlit keyboard is a pleasure to use. Each key feels distinct and the depth each key travels when pushed is just right.

The Motorola Droid 4 has an unimpressive 4-inch qHD display (960 x 540). Viewing angles are poor and you can actually see the pixel structure, creating a "screen door" effect. With a pixel density of 271ppi, though, at least the text looks crisp. And it's made from Gorilla Glass, which makes it virtually scratch-proof.

The built-in speaker on the Droid 4 was loud and clear. Standard calling volume is good as well.

Combining that 4G speed with the Droid 4's 1.2 GHz dual-core processor and 1GB of RAM made for a snappy browsing experience.

The Motorola Droid 4 can act as a mobile hotspot for up to 8 devices.

The Droid 4 uses an 8MP camera, which delivered disappointing results–unfortunately similar to the Motorola Droid Razr Maxx and Motorola Droid Razr. It takes a long time for the camera to focus, even in bright light, which means lots of out-of-focus shots in low-light situations. Noise in low-light shots was also quite apparent. And in better light, colors were washed out, though they had a nice level of detail.

Video quality was not much better. The 1080p HD video was also washed out and the camera had trouble finding the correct subject to focus on. At least the video was stutter-free, but not without jiggliness in the image.

The Motorola Droid 4 is running Android 2.3 Gingerbread and MOTOBLUR. The processor keeps everything flowing smoothly and navigation is well designed. Both multi-touch and Swype keyboards come pre-installed.

Like the Droid Raxr Maxx and Droid Razr, the Droid 4 has the ability to create "Smart Actions", rules that let you do control a range of functions from power saving to ringer volume to app launching, based on your location or time of day. The rules are composed of "Triggers", such as arriving home, and "Actions", such as turning off 4G and turning on Wi-Fi. Creating the rules is as simple as identifying your Trigger(s) and clicking on the actions you want to occur.

The Motorola Droid Razr Maxx has 16GB of onboard memory and a microSD card slot for up to an additional 32GB.

Battery life on the Droid 4 was about average for a 4G LTE phone, which means it barely got through the day with normal use. Unfortunately Motorola decided not to make the battery user replaceable, so you can't carry an extra.

Like other advanced Motorola phones, the Droid 4 can use the Motorola accessory Laptop Dock, which can turn the phone into a mobile computer.

The Motorola Droid 4 is available from Verizon for $199.99 with a new, two-year customer agreement. Or, you can purchase the Droid 4 from AmazonWireless for $99.99.

I can only recommend the Motorola Droid 4 if you want a slide-out keyboard. Due to the keyboard, the phone is bulky and heavy. Plus, it gets mediocre battery life and has a disappointing camera.

For most, the keyboard-less Motorola Droid Razr Maxx is a better option. It's lighter, slimmer and gets much better battery life.

You know I wrote Motorola before they released the Droid 4, and told them it would be stupid not to give the D4 the same battery as the MAXX. Now I hear there’s a way to put the MAXX battery on to the regular razr. Thats needs to be the case wityh the D4…

Glad I read this!

I was leaning towards the D4 UNTIL I read this review, as well as others today.  I have the D3 and it’s looking pretty good to me right now.  Not having a removable battery is the biggest mistake Motorola made in its design of the D4, as it’s power consumption almost certainly begs having spare batteries available during a busy day of use.  Also, not providing an SD card (they are very cheap!) was questionable.  For the money and to face yet another 2 year contract ... I’ll keep my D3

luckily, i took advantage of an upgrade early and get $100 off an LTE 4g phone. I chose the Razr Maxx The interesting thing is,  I was offered a larger battery for the Droid 4…  I didnt know they had one…Im happy with The Maxx

I was given this phone by my new employer and appreciate that. I had a choice of an iPhone 4s or this, and still opted for this as I really enjoy Google apps on Android, despite every single other app running better on iOS.  Yup, I’m nuts.

Anyway, Motorola makes bad smart phones in this day and age.  The best phones from HTC and Sumsung far outclass this one in terms of style, form, screen, and most glaringly, camera. The camera on this phone, in plain terms, sucks.

It’s sad to say Motorola’s greatest innovation in the last 6 months is sticking a bigger battery in the Maxx.  Whatever Google paid for Moto Mobility, they overpaid. Moto has lost their way.

i agree, i just wish had larger batteries