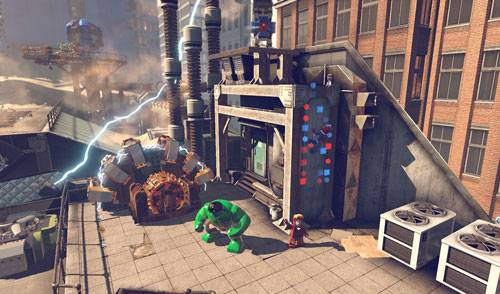 Combining the beloved worlds of Lego and Marvel to fantastic effect, players take control of Spider-Man, the Hulk, Iron Man, Captain America, Silver Surfer, Wolverine and many more against a host of Marvel villains such as Dr. Doom and Loki.

Set in a Marvel-ized, open-world New York City and infused with the same silly tone as all the Lego games, you must stop the A team of villains from assembling a deadly super-weapon. Lots of brick smashing, puzzles and many, many hours of play make it satisfying and well worth the price.