Is Your HDTV Super Bowl Ready? 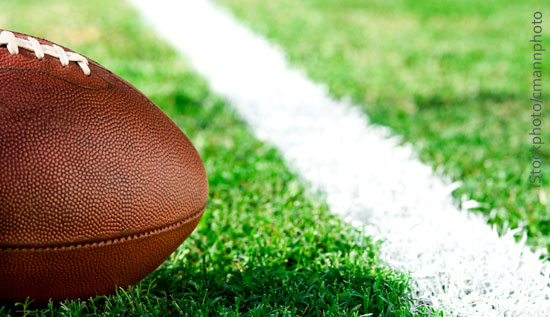 Surveys show about 1 in 5 HDTV owners end up NOT watching the big game or other programs in high definition due to improper setup (source: The Nielsen Co.).

Follow our check list to make sure your HDTV is ready for Super Bowl viewing with the best, sharpest picture. We take you step by step from TV signal to a full high-definition image.

There are three possible ways to see the game in high definition, over-the-air, cable or satellite.

An HDTV over-the-air tuner is built-in to all HDTVs, but to receive the game in HDTV via free over-the-air broadcasts you will need an antenna and know if your local NBC station’s transmitter is within roughly 25 miles from your home. You will also need to have a line of sight to the transmitter tower. If you have a building, hill or mountain between you and tower you probably won’t be able to get reliable over the air reception. Check with antennaweb.org and/or your local NBC station for more information about what size and type of antenna you need to see the game, as well as the direction you need to point it. Because of all that is involved, the vast majority of viewers choose cable or satellite.

You need the right equipment and settings to see the game in glorious high definition. First you need to make 100% sure your cable or satellite box is a “High Definition” model. The cable and satellite providers will often rent you a standard def box if you do not specify a high definition model. Most HD boxes have either the letters HD or HDTV or “high definition” on their front panel. If it doesn’t, it is probably a standard def model and you will need to get a replacement before the game.

You also need a high definition cable to connect between the box and your HDTV. The best is called HDMI. It carries both the picture and sound over a single cable. Get the High-Speed type as it can handle any current or future signal you will receive. Retail stores usually charge $25 to over $100 for a 6-foot HDMI cable. Amazon makes a great High-Speed HDMI Cable that sells for $7.99 for 2 meters with free shipping.

Getting the proper resolution

First learn from your program provider which channel carries the NBC high-definition signal, as many cable and satellite companies still simulcast the standard definition version on a different channel. Next, through the cable or satellite box remote control set the box’s resolution to match your HDTVs resolution. If you have a 1080p HDTV, set the box’s output to 1080i (the TV will automatically convert the “i,” for interlaced, into “p,” for progressive). If you have a 720p HDTV, then set the box’s output to 720p.

First confirm the HDMI cable is connected from the set top box is to an HDMI input on your HDTV. We choose “HDMI 1″, as this is the most frequently used source in our house, though any HDMI TV input will work the same. Using the TVs remote control, set the TV input to the corresponding one to where you connected the HDMI cable.

Your HDTV will have settings for aspect ratio and most sets have a second "sub-control". The main aspect setting you need will be the one labeled “Full”, choose it. If your set has a sub-control called “Dot-by-Dot”, “Native”, or “Just Scan”, use it. Panasonics have a sub-menu that lists Size One or Size Two. Choose Size Two. All these modes allow the HDTV to place the entire image on the screen without cropping it (called overscan even though TVs don’t scan anymore). This control gives the viewer everything the director sees at the highest resolution. Your HDTV will now match the NBC HD signal pixel for pixel. On some HDTVs this control will be grayed out if the set’s picture “mode” is set to Vivid or Sports, it usually requires standard, or custom (see picture modes below for more information).

LED and LCD TVs that have 120 Hz, 240 Hz or 480 Hz refresh allow users to reduce blurry motion by engaging these circuits during sports programs. Different set makers call them different names such as "Motion Plus" or "Motion Flow" etc. This mode must be in the “On” position to get crisper motion. Consult your TVs “on screen” menu for this control or your owner’s manual. Note, Plasma TVs have full motion resolution without these circuits, so no adjustment is necessary

All HDTVs have preset picture modes as a starting point for picture optimization. Avoid the following preset modes for the best game viewing: “Sports”, “Vivid” “Dynamic” and “Game” Yes, it sounds counter-intuitive, but these presets are generally made to produce the brightest image on the showroom floor, not the best picture in a home. Use modes such as “Movie” or “Custom” as the best starting point. If your set does not have those modes, choose “Standard”.

Ideally you would use a test disc like the Disney WOW: World of Wonder on Blu-ray disc to optimize your picture settings. If you don’t have one, follow our guide to HDTV settings.

By taking a few minutes to check our simple list you can be assured you are viewing the Super Bowl and all other programs with the best high-definition image your HDTV is capable of producing. Now you’ll really be ready for some football.

This story was originally published on HDGuru.com.

this is bad information on how to ajust the TV. at the company that i work for we developed how to hack the TVs from all brands and giving out over 40,000,000:1 contrast. meaning so sharp so crisp so clear that it appears 3D without glasses and the best setting is always on vivid or dynamic mode. this is the only modes that push out the limits of color. now standard or movie makes the picture darker as if your watching the TV in a dark room, but like most of us we watch TV in the day.

at Mirage Vision we are the only company in the world that can make a normal LED TV look better than a UHD TV better then 4K by adding more to the TV. at CES we had all the major TV companies in our booth with shocking results asking how did we do this. our TVs were better then 4K and you can watch any thing in this quaility. now as for the settings we do this under vivid or Dynamic since this is where you get the most of the contrast out of any TV. why would you lower the picture mode and call it the best?? thats like having a BMW and recommend everyone to swap the engine to a VW.

Quoting a number like 40,000,000:1 contrast ratio is complete BS made up by TV companies’ marketing departments. We’ve written a number of times before about how the “dynamic contrast” ratios quoted by TV manufacturers (and you) are meaningless, as they often compare a TV’s brightest setting with the TV fed a pure black picture, which then essentially shuts the picture tube off. This could never occur in real TV watching. What you should be measuring is “native” contrast

Secondly, the objective of a good picture should be to make it look “natural”. Watching in Dynamic or Vivid produces a picture that’s far too bright and will quickly tire your eyes. If you are making TVs that enhance the brightness, that’s even worse.

Finally, you’re continuously conflating contrast ratios and brightness with Ultra HDTV, which is focused on the resolution of the TV. Ultra HD’s picture benefit comes from doubling the lines of resolution, giving you far more detail, especially at closer distances.

In short, a better comparison for what you are suggesting would be to take your finely-tuned BMW and put cheap super-fat racecar tires on it. 99.999% of the time you will never need that better traction, but you’ll suffer from terrible gas mileage, a bumpy uncomfortable ride and it will just look dumb.

well after reading your response i have to say your right on one thing after looking at a normal TV on settings you dont have the option of adjusting the settings under this. but i have to tell you it is a great feeling when Samsung and LG and other like TCL is at our booth looking at our TVs that do have the 40,000,000:1 and is giving out at better picture than UHD on normal everyday programs not like the content that was showing at CES that was 50,000.00 i mean i can make a LCD look as good as UHD with that kind of money. also on your comment there is something that we do, like i stated we double the picture of TVs to what the TV starts off at, we sell thousands of these TVs world wide. i mean why else is samsung selling the same TV from a 6000, 7000,8000, and 9000 with all the same boards. its the same TV if you want a better picture then pay more for the next series up. same TV though. Samsung at the CES even states that you can only view a 84” or bigger to see true UHD anything else the human eye at 20/20 will not be able to. TVs now a days seem to be a scam now and im saying this since we know whats really inside a TV that the companies dont want you to know.

just to let you know every TV has the ability to show amazing pictures but we are the only one that figured out how to access this area and change it, and i dont mean the service menu area. the Samsung sent out thier IT of Enginer to our booth to see what we did and they cant figure out how we did it. they even quoted by saying iv never seen a sharper more colorful TV ever and is better then the UHD if there was any contant. wae have two TVs that can do this. the Samsung 7000 and 8000 with the skype. there is nothing better than the contrast we double and the gammas and colors. everything that gives it a almost 3D look. ill be happy to demo one for you and change your mind or you can see them at theme parks or the military that has been using them since the start.