The Disadvantages of Email & Texting in Relationships 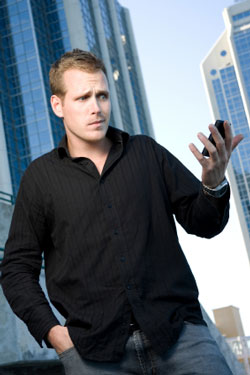 Firing off e-mails is satisfying, allowing you to cross tasks off your to-do list at warp speed. But increasingly, women are turning to the keyboard for more than setting up meetings. Technology makes it easier to bring up thorny topics while avoiding confrontation. And in our busy world, typed-out messages are fast becoming a substitute for the meaningful conversations that keep people connected. So if everyone is doing it, does that make it OK?

Not really. There are, in fact, several disadvantages of email and texts. "E-mail and texts have become safe havens for escape artists," says Susan Newman, Ph.D., social psychologist and 13-time author. "You can ignore messages, don't have to answer questions you don't like, and you never have to see how much you've hurt someone. We're missing the valuable lessons in-the-flesh talks can teach us."

By exploring three women's digital dilemmas (we're sure they're not the only ones wrestling with technology!) Newman reveals why in matters of the heart, letting your fingers do the talking often leads to more harm than good. Follow her fail-proof strategies for healthier communication.

Texting shortcuts can turn a friend into an frenemy.

After a friend moved to her town, Erica Taylor, 25, was doing all she could to help her pal get situated, letting her crash at her apartment and landing her an internship. But Erica got miffed when her friend ignored the air mattress set up for her, making the futon (a.k.a. living room couch) her bed instead. Erica's friendly text (complete with smiley face) requesting the futon mattress be returned to its frame triggered a series of snippy back-and-forth messages. Over the wires, anger escalated until Erica's friend typed that she'd be moving out and axing the internship. The two haven't talked since. Obviously, texting shortcuts can lead to serious communication problems with relationships.

"Ultra-abbreviated texts offer few clues on the tone of a message or what a person is feeling as she's typing it," says Newman, "leading to confusion and misinterpretation." A few misread words can trigger knee-jerk-reaction replies that quickly get out of hand. Those emotionally-charged texts can be reread ad-infinitum, adding stinging permanence to hurtful jabs.

The first time you get a text message that sounds snippy, resist the urge to respond in kind. Instead, pick up the phone, suggests Newman, and say, "We've been friends for so long. Clearly we're not seeing eye-to-eye. Let's talk about this."

Voice mail messages: When you’ve got mail = you’ve been dumped

Joanna Riedl, 27, adored the longtime friend she was dating but felt no romantic vibe. Unable to face him with the news, she ended the relationship via voice mail. It wasn't that she wanted to treat her guy badly; Joanna feared he'd feel emasculated if she told him in person.

Soon after she hung up, texts flooded into her cell phone: "You broke up by e-mail?" and "How could you?" Turns out her tech-savvy boyfriend's voice mail-to-text tool delivered the message via e-mail. He forwarded the breakup message to friends for counsel. It soon reached the couple's entire circle winding up tacked to someone's fridge. Joanna rebuilt the friendship eventually.

When you rely on technology to do your dirty work, you leave everything from the interpretation to the delivery of your message up to chance. "You may think you're protecting the other person by allowing them to absorb the bad news privately," says Newman, "but what you're really saying is 'I only care about myself. I'm ready to move on'." You not only run the risk of hurting the person with a lack of sensitivity, your paper trail could lead straight to humiliation. In Joanna's case, technology turned what should have been a private conversation into a very public matter and her reputation suffered.

Break up face to face. Remember, heartfelt words can look callous in bold ink, but a warm voice and brush of the arm can do wonders to soften the "I'm crazy about you but it won't work" breakup blow.

Hacking Emails: Does This Belong in Healthy Relationships?

It's not only writing e-mails and texts that can make the relationship waters murky: Reading a person's private messages when you suspect that a friend or lover is hiding something is akin to snooping in a locked diary a practice that can backfire. When 28-year-old Kim Ellis's husband began acting strangely shortly after she gave birth to the couple's first child, she decided to hack into his e-mail account. What she discovered were hundreds of steamy love notes between him and a co-worker (complete with declarations of ever-lasting love, explicit re-caps of "business" lunches and a detailed run-away plan). Kim demanded a divorce.

Kim resorted to hacking emails to learn what she wanted to know. What Went Wrong?

"Cracking password codes to sneak a peek at a partner's private messages signals big trust problems," says Newman. "While e-mail may confirm infidelity suspicions, it won't reveal any underlying issues leading up to it. Maybe the relationship ran its course. Maybe the affair can be worked through in counseling. Without knowing the core problem, there's no hope of resolving it."

Confronting a partner about dubious behavior is hard, says Newman, but before breaking into e-mail, it's best to ask your partner face to face, "What's going on?" Don't fall prey to the technology trap. As we've seen in these three scenarios, where feelings are involved, technology is rarely the quick-fix to your relationship and communication problems that it may at first appear to be.

Texting Is Ruining MY Relationship, too!

I get extremely frustrated when texting because I don’t feel listened to. I try harder to communicate, which leads to extreme words and phrases. I feel the lack of emotion leads to more extreme emotions boiling forth elsewhere, when you feel you are not actually being heard. I’m afraid i’m losing my own relationship, because my girlfriend prefers to text than to communicate by phone, and it drives me crazy. I get extremely angry that I cannot get my feelings and emotions across, through the computer which leads to more intense emotions and communications. I think the controllers want us to be less emotional, because then we are more controllable. Emotions lead to empathy, which is compassion, and if we had compassion in this world, we would not have wars and mass slaughter. Then they would make less money and have less control over us all.