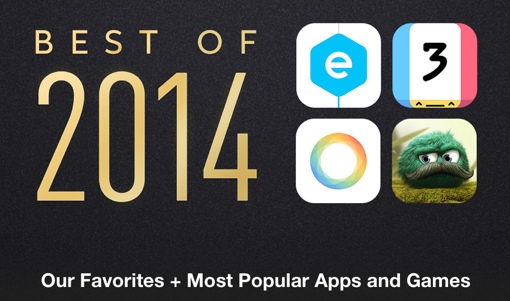 Looking for a great download for your new iPhone? Need a new podcast or e-book to listen to for those long holiday plane rides? Today, Apple released its list of the top iTunes and App Store downloads of 2014, currently available for review on each respective service. The curated lists cover the best apps, music, movies, television shows, books and podcasts, making calls for “The Best Family Movie,” “Best Breakthrough TV Show,” “Best New Podcast” and more.

So, what content took top honors? For iPad owners, the “App of the Year” award goes to popular image editor Pixelmator ($9.99 for iOS iPad only). I use the desktop version of the app, and it’s a terrific low-cost alternative to Adobe Photoshop with many of the same powerful tools. The iPad Game of the year goes to the absolutely gorgeous M.C. Escher-esque puzzler Monument Valley ($3.99 for iOS, including both iPad and iPhone). It’s not the first award for the game either – it scored Apple’s 2014 Design Award earlier in the year. 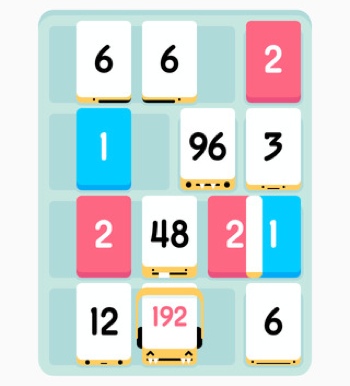 Apple’s top app for smaller iPhone and iPod touch devices, meanwhile, goes to Elevate Brain Training. The free app promises to improve mental focus, memory, math skills and your speaking skills through brief, fun challenges. The award for Best iPhone Game of the Year goes to a personal favorite, Threes! In the game, you move numbers around a 4x4 game board, trying to combine like multiples of three to create the largest number you can before running out of moves. You may have played the game 2048 earlier in the year, but Threes! is the original number merging puzzler and a much more challenging, enjoyable and well-made game. It’s currently available for $2.99 on the Apple App Store, a $1 discount over its everyday price.

You can see all of the top apps for iPad and iPhone in the iTunes app. If you're on your iOS device, look for the "Best of 2014" tile at the top of the Featured section (the tiles automatically rotate or you can swipe through them). If you're on your computer, click to the App section, and at the very top there are two buttons, one labeled “iPhone” and the other listed “iPad.” Each brings up a different top app when you click the “Best of 2014” tile at the top.

Music fans won’t be surprised to know that Taylor Swift’s 1989 is the top album of the year. It was the only platinum record of 2014 thanks to Swift’s smart strategy to make it unavailable for streaming. For all its popularity, though, it doesn’t contain the Best Song of 2014 – Iggy Azalea’s Fancy (feat. Charli XCX). Apple’s Best Artist of 2014 is Beyoncé; the Best New Artist of 2014 goes to Sam Smith for his album In the Lonely Hour.

For more on the top music of 2014, you may want to check out streaming service Spotify’s list of the most listened to songs of the year.

Apple splits up its Best Movie choices in different categories, but all of the company’s choices are solid. The Best Blockbuster of 2014 is Chris Pratt’s Marvel superhero movie Guardians of the Galaxy, released on iTunes this Tuesday. The Best Family Movie of 2014 is The LEGO Movie; Apple’s choice for Best Director of 2014 goes to Richard Linklater’s Boyhood (the movie filmed with the same cast over the course of 12 years) and the best “Discovery” of 2014 goes to Obvious Child, a Sundance Red Crown Producer’s Award winning romantic comedy that deals with the consequences of a one-night stand. 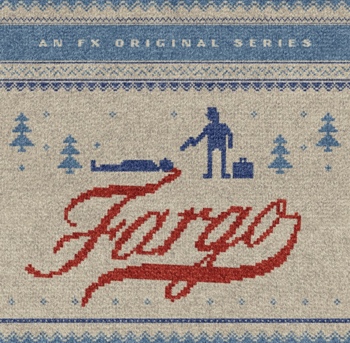 There was no shortage of great television this year, either. In a year full of competition, the winner of Best TV Show of the Year is FX’s original series Fargo. Based off the Oscar-winning movie, the star-studded series (Billy Bob Thornton, Bob Odenkirk) mixes humor and violence in an otherwise quiet Midwestern world. HBO’s True Detective earned the award for Best Performances on the strength of Woody Harrelson and Matthew McConaughey’s performances; the BBC’s The Honorable Woman wins for Best Discovery. And if you’re looking for a socially conscious laugh, be sure to check out the Best Breakthrough of 2014, Comedy Central’s new hit Key & Peele.

Looking for a good read this holiday season? Fans of fiction should take a look at The New York Times bestseller All the Light We Cannot See. The book details the story of a blind French girl and an orphan German boy during the madness of World War II. Apple’s award for the Best Non-Fiction of 2014 goes to The Short and Tragic Life of Robert Peace. It follows the life of the titular character from the rough streets of Newark, NJ to the molecular biochemistry department of Yale University – and then all the way back to the streets that would claim his life.

Podcasts have been part of our culture for years, but it seems like they’ve never been bigger. Part of that may be the sensation caused by Serial, a real-life murder mystery podcast from the creators of NPR’s This American Life that’s breaking all sorts of iTunes download records. Predictably, Serial has won Apple’s award for Best New Podcast of 2014. The aware for Best Classic Podcast of 2014 goes to Dan Carlin’s Hardcore History, another popular favorite.

Do you have any favorite apps, games, or books from this year that didn’t make Apple’s tightly curated list? Let us all know your favorites in the comments below!