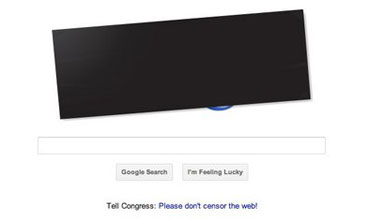 Yesterday, countless sites across the Web, including Internet giants Google, Wikipedia, Mozilla, Reddit and WordPress, voiced their opposition to the SOPA (Stop Online Piracy Act) and PIPA (Protect IP Act) with blackouts and messages urging users to tell congress vote against these bills.

In case you need a refresher, the SOPA and PIPA bills are designed to help shut down overseas websites that traffic in pirated and counterfeit goods. No one is arguing that piracy is a good thing (at least not many are). What opponents (of which I am one) are claiming is that these bills are too broadly written and could be used to hurt legitimate websites, stifle innovation on the Web, suppress free speech and create a wall between the U.S. and the rest of the world.

One of the most egregious provisions of SOPA and PIPA enables IP rights holders to cut off financial support to a website with a claim that there is an infringement—no judge or court order required. Once an ad network or payment processor has received a claim, it has to cut off financial support within 5 days. The website can file a counter-notice, but it only has 5 days to do it. Plus, ad networks and payment processors are granted immunity if they have a "reasonable belief" that a portion of the site enables infringement, so there’s no obligation to respond. (For more, check out PCMag.com's “Top Objections to SOPA, PIPA.”)

Today, it appears the campaign has worked. Ten senators and nearly twice that many House members switched sides to oppose to the bill, including Sen. Marco Rubio (R-Fla.) the PIPA co-sponsor in the Senate and Reps. Lee Terry (R-Neb.) and Ben Quayle (R-Ariz.) co-sponsors of SOPA in the House.

I’m happy that the tide seems to have turned, but both these bills are still being supported by many leaders in Congress. You can make your voice heard until the vote on January 24 at StopTheWall.com.

Join the conversation on SOPA and PIPA on Techlicious and tell us whether you think these bills are reasonable protections for intellectual property or put too much power in the hands of large media companies and the government to control what appears on the Internet..

So challenging to write laws without weaknesses or loop holes

You are so right, Bill.

You are so right, Bill.  The basic idea is good but the chance for abuse is too great.

I can see this going to the extreme and someday, someone will say “Hey I used the phrase “the internet is great!” and I saw it on a website, so they HAVE to shut it down… no brainer here. Unless it is outright theft of an idea or item, it should be allowed on the internet

I do not think these web sites should be putting private content on the internet that they themselves do not own. It is steeling and that is against the law. Freedom of the press has no right to steal from someone or something without permission.

To be clear, SOPA/PIPA could be used to go after content sharing sites where it is the users, not the site itself, that is putting up allegedly infringing content. For example any foreign YouTube, Flickr or eBay type site could be targeted under SOPA/PIPA. It is important to point out the “allegedly” piece, because under SOPA/PIPA, sites could be shut down before they have a chance to defend themselves in court or present their own evidence that they are not, in fact, infringing.

While the primary targets of SOPA/PIPA are not news sites, journalists frequently use content from various sources under “fair use” allowances in the law. But these allowances are not spelled out in the law, instead they are based on prior court decisions, and even news sites could become targets for over-zealous intellectual proprety holders under SOPA/PIPA. So this is a freedom of the press issue, as well.