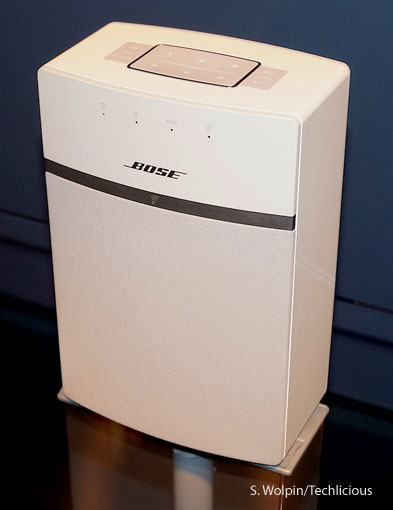 Bose has brought the preset convenience of its Wi-Fi SoundTouch line of wireless speakers to a new little mono brother, the 8.3-inch tall SoundTouch 10 ($199.95 on bose.com or $199.00 on Amazon).

Bose's big SoundTouch selling point in comparison to the growing boom in multiroom wireless speaker systems, ignited by Sonos, is its presets.

Atop each SoundTouch speaker are six numbered buttons. Each numbered button represents a preset – playlists, streaming services, a specific song, whatever you want – that you customize in the Bose SoundTouch Control Android or iOS app. 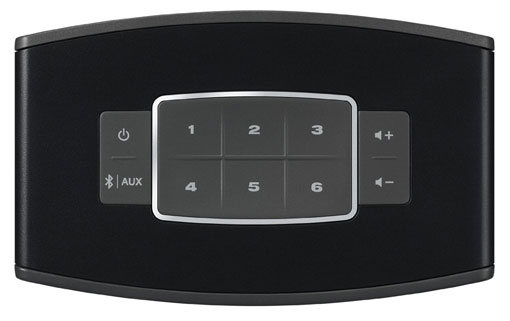 In addition to its look-ma-no-phone operation, you can create multiroom sound, using the SoundTouch app to send separate simultaneous streams of sound to different rooms. This means you can mix-and-match varying SoundTouch speakers throughout your abode.

The SoundTouch 10 itself is an AC-powered speaker (i.e. no battery) with a newly designed 2.5-inch transducer with more "excursion" – the way a speaker pumps to produce solid sound – than any other speaker of its size that Bose was able to find. The SoundTouch 10 is available in either white or gray/silver.

Embedded within the Bose SoundTouch Control app are access to Spotify, Pandora, iHeartRadio and Deezer. But you likely also have a dedicated Spotify app on your phone. Which app does what when?

"ReadySet with Spotify" will be available early next year, and will operate with any SoundTouch speaker. To access this enhanced integration you'll have to be a paying Spotify subscriber.

Hey nice blog!! Where it is available in Dubai. I am currently looking for good bluetooth speakers in sale online. I landed here - http://dgsouq.com/audio-video/sony-ericsson/earphones-speakers.html Also if you know please do reply

nice post , i wish i could get this it in india