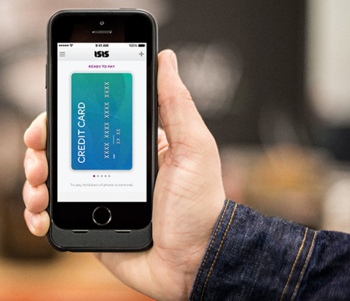 The case is meant to interface with the Isis Mobile Wallet app, a Google Wallet competitor, to allow for mobile payments at select retail locations. It is compatible with the iPhone 4, 4S, 5 and 5S.

NFC technology is often associated with mobile payments. Android phones typically have NFC built in to allow for tap-to-pay functionality at certain major retailers. The concept is simple – you connect a bank account via an app, then give your phone permission to act as your credit card.

Apple, meanwhile, seems to have intentionally rejected NFC technology. The company hasn’t bothered to include it in any of its flagship iPhone devices, and its recently implemented iBeacon technology seems to be a direct NFC competitor.

Personally, I'm not sure that this case is worth buying, at least today. But if you really want NFC functionality on an Apple device, an add-on like Cashwrap is one of your very limited options for doing so.

The Incipio Cashwrap Case launches online today at the company’s website for $69.99. The case will also be available in your choice of 3 color combinations at AT&T stores for $65 starting January 31.