MWC 2013: What to Expect in Smartphones & Tablets 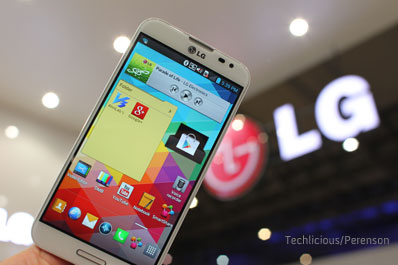 LG Optimus G Pro in front of booth at MWC

The annual Mobile World Congress trade show is in full swing in Barcelona, Spain, and while this event doesn't have the visibility of the annual Consumer Electronics Show in the U.S., it does help shape the tone and direction of phones and tablets in the coming year. For that reason alone, it's worth paying attention to the wild array of products being shown.

A word of warning. Because the Mobile World Congress focuses on global product announcements, there aren't many specifics on U.S. availability or pricing, or, in some cases, even the final specs we'll see when the device arrives in the U.S. 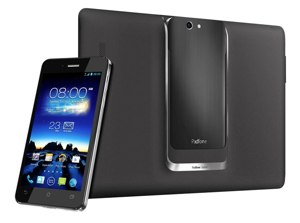 For phones, it's clear that large-screen displays, as popularized by Samsung's 5.3-inch Galaxy Note and 5.5-inch Note II, are here to stay. Three manufacturers showed phones with 5-inch or greater displays: Asus (Padfone Infinity, 5-inches), LG (Optimus G Pro, 5.5-inches), and ZTE (Grand Memo, 5.7-inches). The extra screen real estate can provide an appealing trade-off to the more pocketable but smaller-display phones. While many of these phones won't make it to the U.S., their mere existence will challenge all phone makers to consider their own variations on the super-sized phone theme. 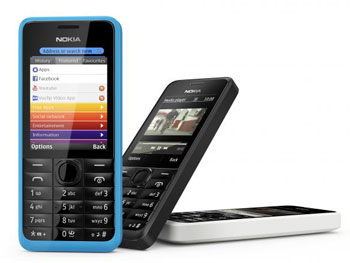 The other phone trend was a focus on improving the experience of using your phone as a camera. This trend was evident even in lower-end models, as seen by the Nokia 301, a candy-bar style phone that has a 3-megapixel camera and a voice-directed self-portrait feature so you don't have to fly blind when taking an image of yourself. Many of the cameras on display packed 13-megapixel sensors, though some, like the HTC One (introduced last week in New York City, but shown here at MWC) are making more noise about the unique shooting features than the megapixels inside. 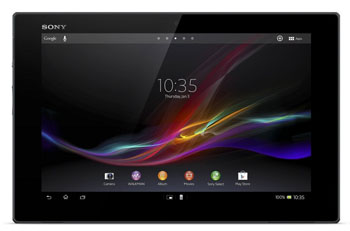 For tablets, the ones that made the most impact at the show have some feature to differentiate them from the increasingly homogenized pack. Samsung's Galaxy Note 8.0 takes becomes the first smaller-screen table to come with an integrated stylus. Sony's Xperia Tablet Z is svelte and ultralight, the first 10.1-inch tablet to come in at a mere 1.09 pounds; that weight makes a big difference if you plan to hold the tablet in one hand. 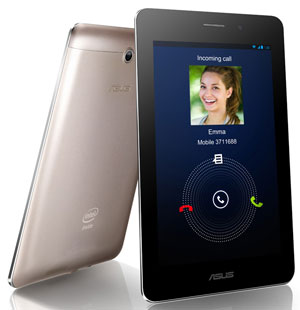 Asus' Fonepad surprised by adding an actual phone dialer to an affordable, $249 7-inch tablet. Samsung has provided the phone on some of its tablets in the European market before, but this is a first for the U.S.--and something many of us doubted would happen. And HP's 7-inch Android tablet, the company's first, may lack in many specs, but the company did put a rear-facing camera and Beats Audio support into its value-priced $170 price tag.

Meanwhile, three Windows tablets surfaced at the show, including appealing designs from LG, for its slider-style Tab-Book; Fujitsu, for its colorful 10.1-inch QH55/J Wi-Fi Windows 8 tablet; and ZTE, for its suprisingly stylish Z98 Windows tablet. The big observation here: None of these tablets bothered with Microsoft's confusing Windows RT operating system. That's not surprising given the poor reaction to Windows RT.

The next big thing may come sooner than you think. For all of the noise around cell phones here at the Barcelona show, many companies didn't announce any phones here. Sony was content to show off its phones announced earlier at CES in January; and Samsung didn't announce any new phones—the Galaxy S IV is expected to be unveiled in two weeks at an event the company will host in New York City.

Have any of these trends pushed you to pull the trigger on a new device now—or you going to hit pause and wait until the next big thing comes out soon?