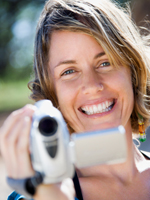 Buying a camcorder today offers presents two wildly divergent choices: a cheap and easy pocketcam for less than $200 or a sophisticated, but higher-priced, full-size camcorder for at least $500.

Yes, there are camcorders priced between $200 and $500, but these are mostly standard (SD) rather than high definition (HD) models. And SD models are slowly disappearing as prices of HD models drop and as newer, cheap pocketcam camcorders start to offery better image stabilization (IS) and higher quality lenses.

What Camcorder You Should Buy Depends on What You're Shooting

Because of the wide pricing and capability chasm between pocketcams and full-size HD models, the type of footage you plan on capturing should determine the type of camcorder you buy.

If your video purpose is to capture family, don't rationalize possible savings by settling for a pocketcam over a more expensive full-size camcorder. In 10 or 20 years, when ultra-HD 65-inch TVs are the norm, you don't want to regret not having invested the extra dough to preserve higher-quality memories.

Many full-size camcorders also include a microphone input jack. An external microphone is critical for capturing family interviews, such as preserving grandparent memories for your young children who will mature into genealogically curious adults and will cherish your foresight.

Pocketcams are perfect for spontaneous video capture, great to carry around with you to shoot those quick-passing and quick-moving moments. Pocketcams are better suited as complementary rather than primary video capture devices, a function which can also be served by your cell phone or a digital still camera with HD video capture.

The Importance of Image Stabilization

All camcorders employ some form of image stabilization to keep your footage from shaking to the point of nausea. Full-size camcorders use optical IS, which mechanically isolates the lens, and pocketcams utilize digital IS, which relies on a processor inside the camera to electronically reduce shaking. The two methods are not equal.

Digital IS schemes don't completely quell all inadvertent hand movements – pocketcams are so light, your hand and arm tends to move around a lot more, producing shakes even the most sophisticated IS couldn't stop. Digital IS also produces digital artifacts, such as pixelization.

Check out this video of Techlicious contributor Stewart Wolpin throwing out the first pitch at CitiField in New York earlier this year. It was shot with a pocketcam with digital IS and with the operator employing every known physical camera stabilization technique. You'll notice there is still a considerable amount of shake and a high level of edge fuzziness produced by the IS.

With the optical IS on full-size camcorders, it will seem as if the scene is floating as you bounce along. And the optical technology produces no digital artifacts and is able to compensate for almost any hand movement or vibration the camcorder encounters.

Full-size camcorders use optical zoom lenses to magnify your subject. Pocketcams typically use digital zooms to simulate zooming, which results in image artifacts.

The Ability to Take Still Photos

Many camcorders also snap still pictures, some as high as 12 MP. This doesn’t mean that camcorders with digital still capability are on par with a standalone digital camera. But its great to know that you can use your camcorder for stills in a pinch.

Can Your Cell Phone Serve as Your Pocketcam?

If you are considering a pocketcam, know that a digital still camera with HD video capture capability or one of the new smartphones, such as the iPhone 4, the Samsung Galaxy S models, the Sprint HTC EVO or the Verizon Droid X, all offer HD video recording rivaling footage captured by single-function pocketcams. Some HD-video-capable cell phones also offer the added convenience of wireless video uploading to sites such as YouTube or Facebook immediately after shooting and without needing a PC.

What you lose by not having a dedicated pocketcam is the simple operation that make pocketcams such a pleasure to use and some of the step-up features, such as water-resistance, of the models we selected as "Our Picks."

To determine "Our Picks," we combine research from a wide gamut of leading technical review sources, actual owner experiences from public review forums and our own evaluation of the products and their features. Our goal is to select products that we believe will provide you the best ownership experience, with solid underlying functionality, expected long-term reliability and intuitive operation. 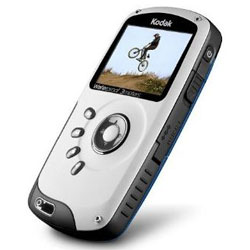 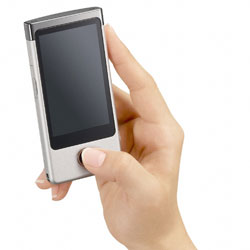 Sony Bloggie Touch ($180)
The 3-inch capacitive touchscreen of the Bloggie Touch is nice for navigating menus and controls, but what's nicer is the one-touch upload capability. Tag your footage or 12.8 MP stills and, when you connect the Bloggie Touch to your PC, the tagged footage and/or images automatically upload to pre-assigned destinations including YouTube, Facebook and Flickr. The Bloggie Touch also sports an HDMI jack to connect it directly to your HDTV.
Resolution: 1080p, 12.8MP stills
Storage: 4GB internal
Lens: 4x digital zoom
Display: 3-inch touchscreen 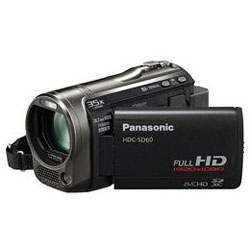 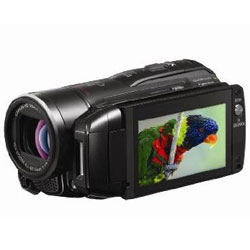 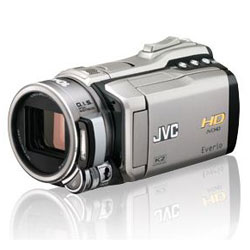 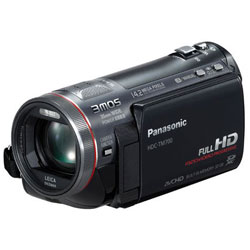 )
Top rated by pros and consumers alike, the Panasonic HDC-TM700 delivers superb quality by pairing great Leica optics with three image sensors–one each for red, green and blue. The extras are advanced as well. You can register up to six people's faces so they're automatically prioritized for auto-focus and exposure tracking when the camera "sees" them.
Resolution: 1080p, 7.9MP stills
Storage: 32GB internal and SD card
Lens: 12x optical zoom with power optical image stabilization
Display: 3-inch LCD

Amen to image stabilization being huge. This really is my biggest problem when I attempt to film anything. I wish we could afford a higher end camcorder, but I think we’re fine w/the mid range. Your info is fantastic. Thank you! I’ve spent all afternoon researching this stuff, and at the moment, yours and this page:

are without question the best and easiest to understand.