If there's one nation that appears obsessed with designing solutions for the most specific of problems, it must be Japan. This is the country that gave us the wearable bed, for workers who need to sleep at the office; the vibrating nose lifter, for people who want a ski jump nose; and the remote-controlled trash can for people who need to throw away litter but can't be bothered to get up.

From commercially available everyday products for not-so-everyday problems to concept tech that makes a mad kind of sense, here are five of our favorite crazy Japanese gizmos. 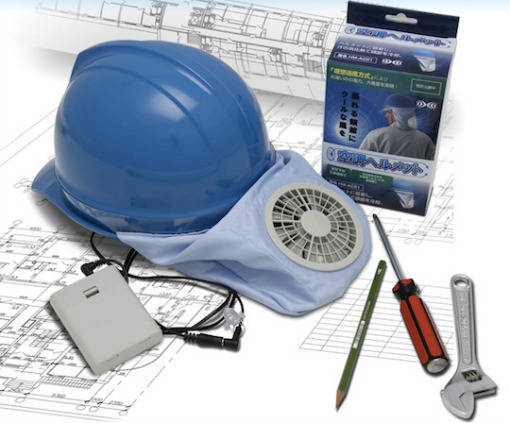 Designed for construction workers who must wear hard hats through hot summer days, the Kuchofuku A/C helmet cools the overheated noggin while providing protection from stray falling objects. The hard hat comes with a fan sewn into a fabric neck covering that blasts cool air onto the neck and back of the head. This battery-powered little unit can decrease your head temperature by up to 6.9 degrees Celsius, (44.4 degrees Farenheit) and lower humidity by up to 32%. If things are seriously heating up, you can twist the fan's settings from low to high.

The helmet weighs in a svelte 6.9 ounces including the battery box – in comparison,bike helmets weigh anywhere from 8 ounces to 11 ounces. If you require cooling on other body parts, you'll be pleased to know that Kuchofuku is a maker of other items of air-conditioned clothing, including shirts and pants. 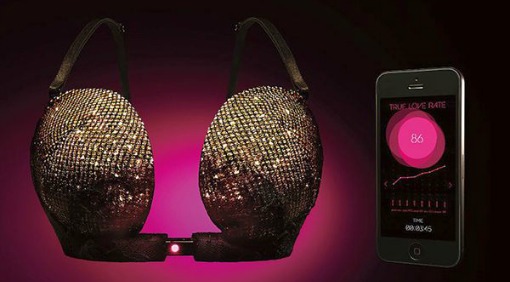 Thought we'd left chastity belts in our medieval past? Think again – the True Love Tester is a front-hooking bra whose clasp will only undo when its wearer is in love. Making like a robot and wondering, what is love? Elevated heart rate, basically.

According to this short video by the bra's makers, sensors in the undergarment monitor heart rate during different activities in order to distinguish between the plodding rhythm of everyday, the palpitations of exercise, and the throbbing of love. Heart rates are sent over Bluetooth to a companion smartphone app, which analyzes the results against the wearer's past heart rates to deem when love is occurring – at which point the app activates the unclasping of the bra.

For now, the bra is but a prototype for what could be the next generation of medieval wear. 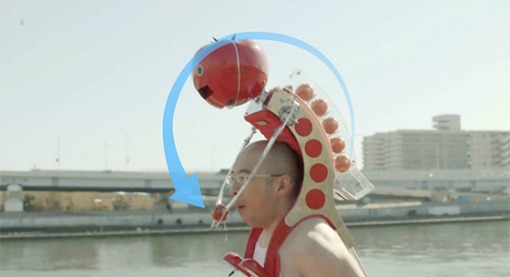 Testing the definition of wearable technology is the Tomatan, a robot that sits on your shoulders and feeds you tomatoes. Commissioned by Japanese ketchup company Kagome to drive awareness of the health benefits of tomatoes to runners – stay with us – the Tomatan was, according to its promo video, the brainchild of an engineer who noticed that runners often reached for bananas for a mid-jog refueling, yet tomatoes, with their skyhigh levels of lycopene, are just as good, if not better, a snack.

Clearly, he reasoned, runners did not carry tomatoes with them because tomatoes, without the protective skin of a banana, are difficult to transport in close-fitting jogging attire.

Cue the Tomatan, a 8kg robot with a tomato for head and the ability to feed up to six tomatoes to its victim, er, lucky wearer, any time he or she tugs on the Tomatan's foot.

Sadly, Tomatan was a one-off for the Tokyo Marathon (potentially to one-up fruit and veg company Dole's wearable banana sensor) and there appear to be no plans to take the tomato-dispensing shoulder-bot into commercial production. 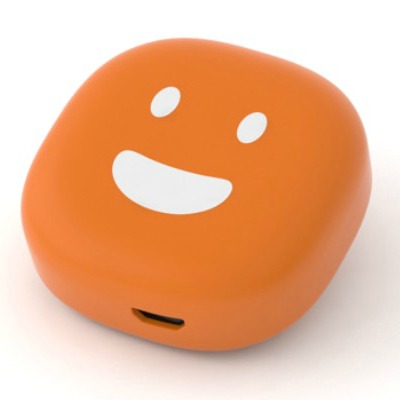 This clip-on sensor monitors the sounds its wearer makes to determine when he or she is laughing, talking, or coughing, then saves the results in a companion smartphone app that relatives can check in on. Shown as a concept at the first Wearable Device Technology Expo in Tokyo earlier this year, the WaratTell is based on 10 years of laugh-detection tech and is targeted at elderly people living alone.

The smiley-faced sensor only needs an internet connection to send the sounds it picks up to the app, which then processes the sounds to note whether the wearer has been laughing, or is in distress, or perhaps has fallen down, allowing distant relatives to keep tabs via the app on their own phones.

“Telling others that you’re laughing is important because it’s like saying, ‘I’m alive!’” said Go Akiyama, a product developer at Tokyo-based firm Next, which is promoting WaratTell. 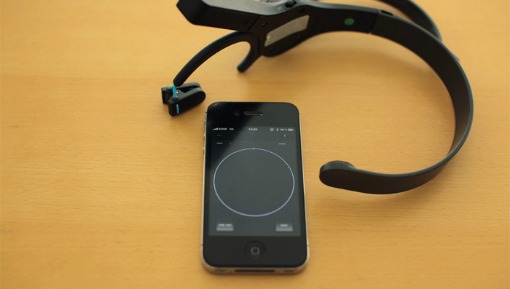 Music player that only plays when you're listening to it

The idea behind the Neuro Turntable is that we've become far too complacent with on-demand, always-available music. Instead of properly listening to a tune, we may bang on Spotify for some atmosphere, then go off to do something else.

This concept record player connects to a neural sensor set in a headphone-like band that reads its wearer's brainwaves to detect whether he or she is listening to the music being played or has starting thinking about something else. Music only continues playing if the user is deemed to be concentrating on the tunes at hand.

The developer, Neurowear, is a Tokyo-based design team that focuses on creating prototypes of next-gen products using bodily signals like heart rates and brain waves.

Well, I don’t know, but the Neuro Turntable almos, kind of seems useful. Now, if it could connect to an app on your phone for music, instead of a turntable.