The Best Nintendo Wii U Games

Every year around the holidays, toy and game manufacturers release at least one new product engineered to make kids covet and parents scramble to purchase. This year, it’s the Nintendo Wii U. The system is backwards compatible, so it can play all your old Wii games and use Wiimote and nunchuck controllers. There are some significant improvements, too.

First, Wii U games play in high def, a first for Nintendo. Second, the touchscreen GamePad not only enhances play, but functions as a sophisticated remote; viewers can search for internet based programming on, for instance, Hulu and access a TiVO DVR. Sports fans, meanwhile can browse games and scores while watching, and social media junkies can keep the conversation going during viewing parties. But ultimately, it’s about the games, and here are a few of our favorites to date. 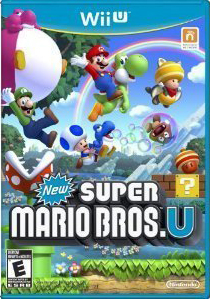 No Nintendo product launch would be complete without a Mario game, and this one doesn’t disappoint. With brighter colors and smoother animations than ever, the side-scrolling adventure supports up to five players. Play as Mario, Luigi, Toad, Yoshi or even your Mii character. Expect classic Mushroom Kingdom environments with additional modes and power ups. 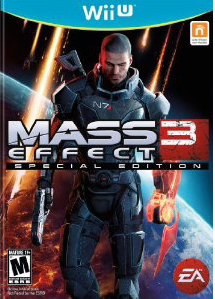 Dropping into the third installment of this action, adventure trilogy could be tough going, but newbies to the series are eased in with a comic-style back story presentation. The game’s signature play – story-driven decision making and rich character mixed with explosive action – are beautifully presented on Wii as you try to rid the galaxy of deadly, sentient machines bent on destroying the human race. During the 2nd person shooting battles, players can use the GamePad to give orders to teammates, adding some tactical fun. With lots of strong language and violence, this is strictly for older teens and adults, however. 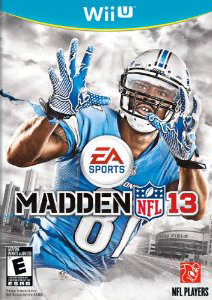 Features the same updates that the game brought to the other consoles such as high-res graphics, more realistic player collisions and reactions, and even “Connected Career,” which can be managed from other internet-linked devices. But the GamePad controller offers the real difference; gamers can use it to call plays, signal an audible at the line of scrimmage, and change receiver routes or defensive assignments simply – and without your opponent knowing it. 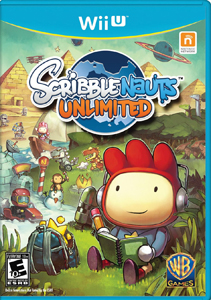 This remarkable game, available on every conceivable gaming platform (including iPad) centers on the charming Maxwell and his magic notebook. Any word he writes in it makes the object pop into existence. Want a hamburger? Write it and it appears. A tiger? Sure, but be careful. Within a huge, diverse set of worlds, Maxwell must conjure just the right objects to solve puzzles. Rely on your vocabulary and problem solving skills in environments involving farming, sports, and dozens more. You can even create objects and name them yourself. Wacky, imaginative, and very fun stuff. 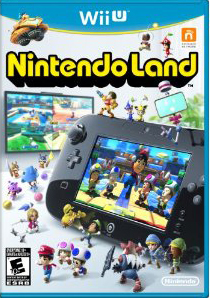 A compilation of 12, Wii U minigames framed as attractions within a theme park. Each game features a different, familiar character world such as “Donkey Kong's Crash Course,” “Metroid Blast” and “The Legend of Zelda: Battle Quest.” Many offer play for up to five, both in competitive and cooperative contests. Some of the most fun can be had using the GamePad, which can be used to complement the experience of players using standard controllers. 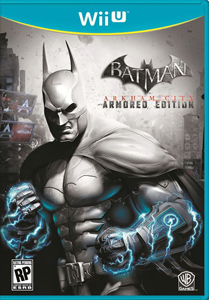 A brilliant action game that has you playing as both Batman and Catwoman, roaming within the vast prison, Arkham City, and taking on classic villains such as Penguin, The Riddler, The Joker, Two Face and many others. You use combat, detective smarts and tech to solve literally 100’s of mysteries, and the Wii U GamePad serves as an ingenious utility belt. Use the touch screen to select objectives, choose gadgets, track forensic evidence, upgrade gear, detonate explosive gel, and lots more. Extremely cool and deep game.. 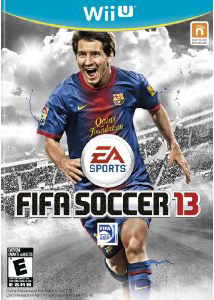 While missing a few of the latest, greatest modes of the Xbox and PS3 versions, there are some extremely fun features specific to the Wii U. You can play the entire game just on the GamePad, away from your TV. But more interestingly, the ‘pad can enhance play on the TV by letting you perform managerial tasks on the fly such as substitutions, changing formation and tweaking levels of team and player aggressiveness. You can even play cooperatively, with one player on the GamePad controlling managerial and strategic tasks while the other does the actual ball handling. 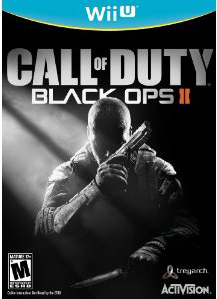 Finally, on a Nintendo platform the gut-wrenching realism of full HD and 60 frames per second shooter game. Set in 2025 and flashbacks to the cold war, this version is packed with twisty plotting, explosive action, high tech weaponry… and extremely gory cinematics, so take the rating to heart. This is not for kids.The game utilizes the GamePad both as a second screen for viewing maps and choosing weapons, or as a full separate screen (instead of splitting the TV screen during two-player games). Better still, a player can use the GamePad to play solo, while another family member uses the TV for other viewing.