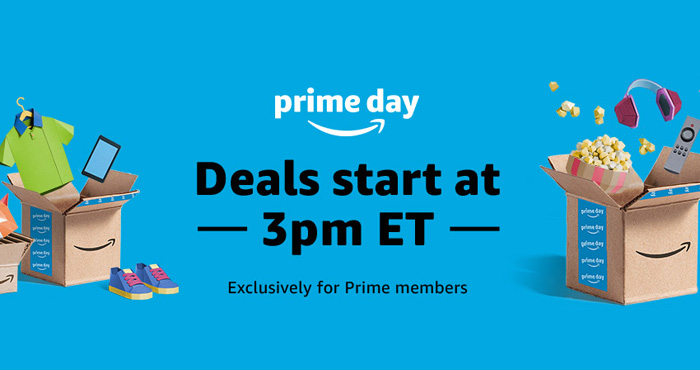 Amazon Prime Day is here: this shopping extravaganza kicked off today and lasts through midnight on July 17. It's a great opportunity to cash in on some awesome deals. But where should you start shopping amongst the millions of sales Amazon is going to roll out over this 36-hour shopping event?

First, make sure you're an Amazon Prime member, as these deals are only open to Amazon Prime members. Download the Amazon App for an extra $5 off select Prime Day deals and the ability to set notifications when deals go live. Browse to Menu > Today's Deals and select the Upcoming tab. You'll be able to see deals listed six hours before they go live. Select "Watch the deal" for anything you want to keep tabs on. And make sure to read our tips on how to make sure you're getting a good deal. There are some merchants who raise prices ahead of sales to show a big discount.

While deals will come and go throughout the day, we've rounded up the highlights and will continue to update this post with the best deals we find.

Some of the best sales are on Amazon gear

Amazon's best sales are usually on its own products, and this year the company has promised the "biggest deals yet" on Alexa products like Echo devices. So far, the Amazon devices on sales are at must-buy prices (if you happen to be in the market):

When Prime Day arrives, you will see even more sales on Amazon gear. If you've been wanting to pick up a Fire TV, Fire tablet, Kindle or Echo device, now is the time to buy.

Amazon's house brands are also getting a good across the board price cuts. You'll get up to 30% off AmazonBasics products, including tech essentials like cables and Bluetooth speakers. Amazon's assortment of house brands, which feature pantry items and other household essentials, also have a 30% price cut. Though they aren't name brands, Amazon's alternatives are usually solid products at a value price — which will be even better for Prime Day.

The deals continue at Amazon-owned Whole Foods stores with Prime member only deals — though what Amazon has announced so far doesn't sound any better than the weekly Prime deals they've started offering. (Check your Whole Foods app for current sales.) Still, if you spend $10 at Whole Foods by July 17, you'll get a $10 credit to spend on Amazon, before or after Prime Day.

Get digital books, music and movies for a huge discount

The prices on Amazon's subscription services are too good to turn down. While most of them are limited-time offers, they're bargains. Here's what you can get:

Current deals: Will be updated throughout Amazon Prime Day

But it isn't just Amazon stuff that's on sale. Be warned, however, that these deals could come and go in a flash as products sell out. Always double check pricing — and whether there's a better deal somewhere else — before you buy.

Here are the most interesting items on sale now:

We will update our top deals throughout today and tomorrow.

Most major retailers have their own summer sales to compete with Amazon — and you don't need a membership fee to shop them. Look for sales at these stores:

These won't be the only retailers offering bargains, so if you're shopping at Amazon, be sure to do a quick check of the competition before you buy.