OLED TVs May Finally be Coming to Market 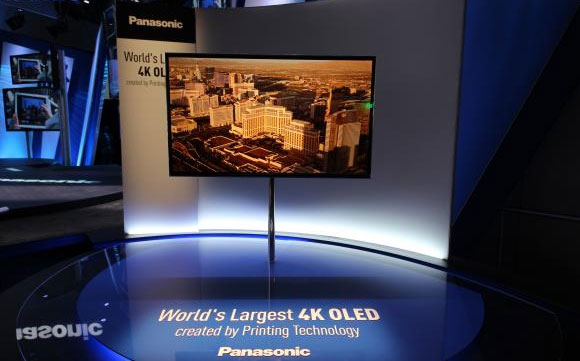 A number of new announcements last week, though, give us hope that we may finally see OLED in 2013. The picture is still murky on exactly when OLED TVs will hit the market, what the price will be and how many will be sold, but at least things are heading in the right direction.

Here is our take on the status of OLED production.

The Bad News about OLED

OLED TVs have missed more launch dates than anyone can count. Under huge hoopla at the 2012 International Consumer Electronics Show, LG and Samsung showed prototypes and promised delivery later that year at a price to be determined. Neither brand made it to market in 2012.

While Samsung never provided a release date for its 55-inch KN55ES9000, it applied for and won the Best of Innovations Award for 2012 Video category. According to the CES Innovations Award rules, the product must go on US retail or Internet sale by April of that year. Samsung blew the release and to date has not shipped a single unit. Samsung has not made any price or delivery announcements about future models.

During development of every other large-screen TV technology, we’d see larger and larger screen prototypes. For example, 55-inch would be superseded by 60-inches, and then the next year companies would show 70-inches and so on. At the 2012 CES, the largest OLED TV was 55-inches. At last month’s CES, it was just 56-inches. This is not a good sign, as we read it as it not being technically possible to produce a 60-inch or greater prototype at this time. (A recent article disputes this further down).

Th evidence of stalled prototypes coincides with a number of industry articles covering major production issues in OLED TV panel manufacturing. Reportedly, initial yields are in the neighborhood of under 10%. This means, less than 10% of the panels off the production line are functional. With in-factory repairs to the panels, makers are now striving to obtain a near-30% yield, which punctuates the difficulties of getting this TV technology ready for cost effective mass production.

Last week, research firm IHS downgraded DisplaySearch’s numbers, predicting only 500 units w to ship this year, 174,000 in 2014 and 1.7 million in 2015. By comparison, around 100 million TVs (all other technologies) are shipped every year. The OLED projections are just a drop in the bucket.

The Good News about OLED

Aside from the imminent release of 100 or so LG OLEDs in Korea, there were some very bright signs coming out of Europe and Korea during the past week. According to an article in the Wall Street Journal, LG announced they are converting an existing factory into an OLED panel plant in Paju, Korea at a cost of $656.7 million. Production is scheduled to begin by June 30, 2014.

The factory will be capable of producing 26,000 mother glass units a month. If the mother glass is cut into 55-inch panels, this would produce 1.872 million screens a year. Analysts say, to accomplish this feat, the yields would have to jump to around 80% by next year.

According to a report from Korea’s etnews.com, LG is planning to make a 40-inch class OLED TVs for the Asian and European markets and a 70-inch class model for the US market. These are scheduled to be released in the later part of 2013.

Geoff Morrison, writer for HD GURU and CNET, thinks there’s an UltraHD plasma in the works, based on the recent revival of a 1080p 42-inch plasma. No word yet on this theory.

Sony showed its own 56-inch UltraHD TV OLED at the 2013 CES, a joint venture with Panasonic. A Panasonic LCD factory is currently being converted for OLED panel production. Interestingly the Sony sample was made by an evaporation technology to deposit the organic material onto a low-temperature polysilicon (LTPS) backplane. The backplane contains the transistors that drive the light emitting diodes. The LTPS backplane for both the Sony and Panasonic prototypes were made by LCD panel maker AUO of Taiwan. Like the LG, Sony’s 56-inch panel uses white OLEDs with a color filter overlay, according to an IHS analyst.

While we are now confident we will see limited quantities of OLED TVs in US stores this year, we expect the prices to be in the $5000-$12000 range, making them the most expensive 55/56-inch HDTV/UHDTVs around. Regardless, we can’t wait to get our hands on a production sample to learn if they are really the best TVs ever made.