6 Apps That Turn Your Phone Into a Radio

Listening to the regular old radio is a drag. You have to suffer through commercials, DJs who talk too much and songs you don’t like. But if you have a smartphone, you don’t have to put up with it.  You can stream music from the Internet through your smartphone in the car, your home or your office.

While you are probably familiar with Pandora, which is a great basic service for playing a list of songs based on your favorite artist or genre. However, there are other more specialized music streaming apps that may be a better fit, depending what smartphone you have and how you like to listen to and discover new music. 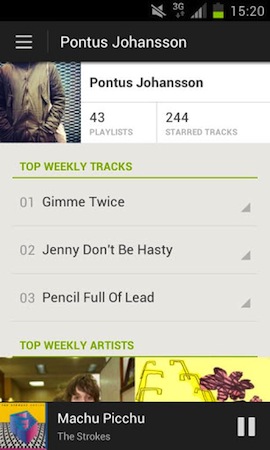 Spotify is similar to Pandora, but in addition to creating radio stations around the songs and artists you like, you can create playlists as well as see and follow popular playlists such as “Top 100 tracks currently on Spotify” or “’90s smash hits.” If you find a playlist you like you can add it to your collection.

It’s also highly social, particularly when it comes to Facebook because of a partnership between the two companies. If you have the two accounts linked your activity on Spotify shows up on Facebook and your friends can not only see what you’re listening to but even hit a play button to do the same. You can also share songs and playlists directly with your friends.

You can also share music with others you’re connected to on Spotify itself, Twitter and on email.

On the other hand, if you don’t want everyone knowing what you’re listening to you can also use Spotify in a private session.

If you download the Spotify app to your phone, you can use it for 48 hours for free. But after that you’ll have to ante up for the premium version, which lets you listen to music on all your devices as well as download music and listen offline.

Price: The mobile app is free for two days at iTunes, Google Play and Windows Phone Store. To use it on your phone after that you’ll need the Premium version which is $9.99 a month. Get it through either the desktop app or web app. 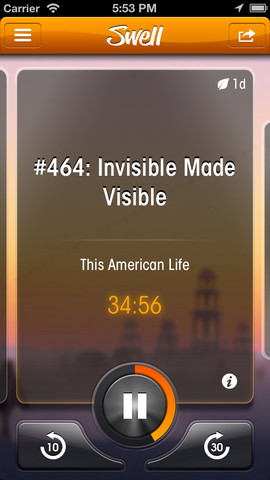 If you prefer talk radio over music, Swell is a beautiful new iOS app that uses content from NPR, American Public Media, ABC News, and from podcasts like the BBC, CBC, Comedy Central, TED Talks, ESPN, and more. Like the other apps profiled here, the more you listen the better the service is able to make recommendations you’ll actually like.

It features unlimited listening, bookmarking, offline access as well as support for Bluetooth and Airplay. If you sign in with Twitter Swell will offer content based on who you’re following as well as what’s in your stream. It also lets you share things you’re listening to with others on Facebook, Twitter and email, even if they don’t have the app.

To help understand what you're in the mood for, Swell lets you choose from topics such as technology, family, business, arts, spirituality, TV and film, lifestyle, sports, news, science, comedy, culture and music.

Price: Free at the iTunes Store; premium features will likely be added at some point. An Android version is in the works.

Best for Finding the Right Music for the Moment: Songza 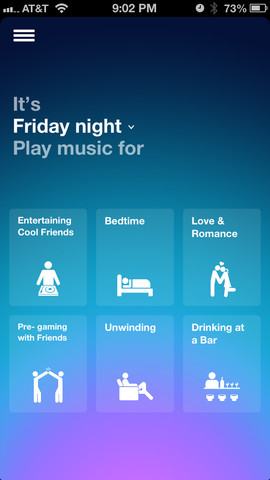 What’s great about Songza is that it offers a wealth of playlists for every attitude and activity under the sun. It features a Concierge that asks you what you’re in the mood for according to the time of day—do you want songs that make you feel confident or ones best suited for working out or for driving? You can also choose playlists under the Popular heading or find them under an Explore tab that lets you pick them by genre, activities, your mood, according to decade and more.

Songza's focus on how you're feeling at the moment is its charm—some descriptors you can choose include "aggressive, angsty, atmospheric, campy, celebratory, classy" and many more. A Culture tab offers playlists according to things like holidays, cities and films and a Record-store Clerk area shows you ones with titles such as "obscure genres" and "Weird, Difficult & Avant-garde." Plus, the stations are curated by people, not generated by algorithms, so you'll encounter more variety in songs you hear.

Price: Free or $0.99 a week for Club Songza, which bans ads and lets you skip songs 12 times an hour instead of six. Get it at the iTunes Store, Google Play and the Amazon Appstore for Android (for the Kindle Fire).

Best for Having a Deep Library: Slacker 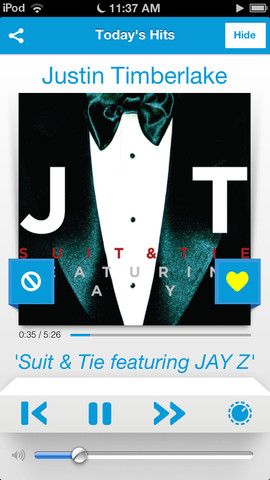 Music aficionados might worry that a radio app might not have access to obscure but beloved artists and albums. It shouldn’t be a problem with Slacker considering it has 13 million songs in its library. For perspective, Pandora only has 1 million of them.

Beyond sheer numbers Slacker has some great features, such as a rich selection of genre and specialty stations curated by humans that you can choose from, as well as the ability to add any number of artists into a station. A helpfully organized My Music area keeps track of all the stations you’ve bookmarked, recently played, your favorite songs as well as quick access to any custom stations you’ve created.

The free version serves a heavy amount of ads, offers partial song lyrics and limits you to six song skips an hour per station. With the paid version you lose the ads, get full lyrics and unlimited song skips and get the ability to play specific songs on demand.

Price: Free or $3.99 a month for the premium version, which is an in-app purchase charged to your cell phone bill. Available at the iTunes Store, Google Play and the Windows Phone Store. 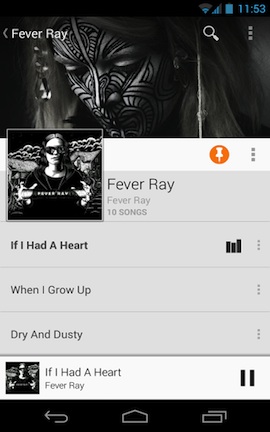 If you love your Android handset and the big search engine giant that created the operating system which it runs on, you might want to stick with what’s already on your phone.

As for the radio feature, it lets you create personalized radio stations, give a track a thumbs up or thumbs down, skip as many songs as you want, as well as the fantastic ability to see what songs are coming up in the queue. While listening to a song you can add it to your library or a playlist but if you want to have access to it on a non-Android device—like an iPod—Google makes it easy to buy the track using your Google account.

Sharing music is less than stellar, however, because Google only gives you the option to do so on Google Plus, its social network that many people still aren’t using. But if you’re truly a Google/Android fanatic, you probably are.

Price: $9.99 a month as an in-app purchase at Google Play. Supposedly, an iOS version is coming soon to iTunes.

If you have an iPhone you’ll want to try out Apple’s new iTunes Radio when it comes out sometime this fall. It will be free if you don’t mind ads. If you do, you’ll have to subscribe to iTunes Match which is $24.99 a year and lets you store all your digital content in Apple’s iCloud.

The service will be built into iTunes within the Apple music app on iOS devices and it will also work on Mac, PC and Apple TV.

Apple also says iTunes Radio users will be able to listen to some brand new songs before they hit the regular radio in the form of exclusive tracks or pre-releases.

IHeart Radio is fantastic! Few or no ads and lots of choices!

What about FM radio

I had an FM radio app in my first droid, it was perfect!  But since I’ve upgraded, it’s not there anymore!  What’s out there to receive REAL radio?

For real radio and from all the world : TuneIn and TuneIn Pro

I’ve been using Last.fm for my personal radio since 2005. I’ve “scrobbled” over 21,000 songs. Scrobbling is Last.fm’s way of archiving each song you listen to. It’s basically one of the first personal music recommendation service.

You can download plug-ins to scrobble your music for free. You can listen to radio free on their website.  You can also join the community where you can you can tag tracks, join discussions, learn what’s hot and find new ways of uncovering the secrets of your listening history.  They have a calendar of upcoming shows near you as well in case you like live music.

They also offer a cheap subscription for $3 a month which include uninterrupted radio listening, radio on your mobile device or your desktop with the Last.fm Scrobbler, and ad-free browsing and streaming.

I love Last.fm. I use it every single day.

And if you wish to create your own native radio mobile apps and get some extra money out of it then why don’t you pay us a visit us at https://www.looksomething.com/solutions/radio/bundle-mobile-apps?