The Fitbit Flex wins our award for Best Activity Tracker with its simple design, easy synching and wide integration with third-party apps. 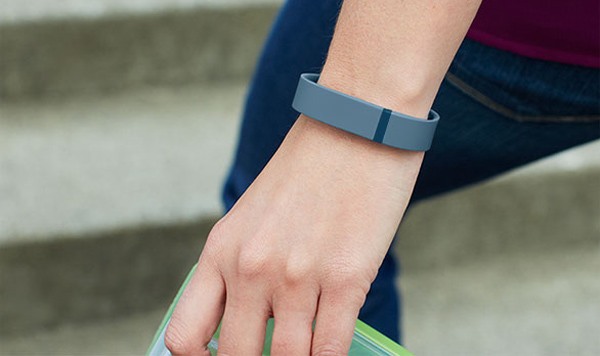 In the past year, I’ve seen numerous devices come to market that are designed to help you track and meet your health and fitness goals. They count your steps, measure the distance you've traveled, calculate the calories you've burned and sometimes even monitor your sleep patterns.

Which fitness tracker is worth your hard-earned money? I spent a week reviewing the most highly rated activity tracking devices — the Fitbit Flex, the Nike+ Fuel Band, the Jawbone Up and the Misfit Shine — to find out. (Yes, my wrist made quite the fashion statement.)

In the end, each tracker included a feature I especially liked, but none was perfect. I liked the sleek look of the Jawbone Up and the easy syncing of the Nike+ Fuel Band, and I loved the Misfit Shine because it never fell off when it was clipped to my clothing. My dream would be to take the best feature of each and create the perfect fitness gadget.

That said, the Fitbit Flex is the tracker that comes closest to my ideal of the perfect device. It's my choice for the best activity monitor. The $99 Fitbit Flex does a great job measuring your steps, sleep and calories burned, while winning points for super-easy syncing to iOS and select Android devices. A few of the others come close, but for overall simplicity and usefulness, the Fitbit Flex is the one to beat.

The Flex band is simply a rubberized bracelet designed to fit a small tracking device. It comes in a variety of different colors, which helps if you want to wear this to work every day in a professional environment. It’s not flashy and since it doesn’t have an LCD readout, it doesn’t scream “fitness tracker.” It’s also water-resistant in case you forget to take it off before you shower.

I had a difficult time adjusting the clasp in the beginning, but once it was on, it stayed on. Because the Flex is so thin and pliable, it’s easy to wear while at work if you spend a lot of time typing on a computer. The more rigid Jawbone Up and the Nike+ Fuel Band often got in the way of letting my wrist rest comfortably on the desk while I typed.

You communicate with the Flex through a series of taps. Double-tapping the top of the band shows you the lights that register your progress. The more lights there are across the top, the closer you are to your goal. Five taps puts the device into sleep mode, while five more will wake it up. A flashing of five lights coupled with a vibration on your wrist is your Flex sending you a digital high-five for reaching your goal.

Some of the other trackers reward you for reaching your goal as well. The Nike+ flashes “GOAL!” on the display and the Shine lights up all the dots in the circle, but the vibration of the Flex is more like a private "Good job!"

Many reviewers have questioned the accuracy of these activity trackers, mainly because the devices base their data on information from a built-in accelerometer. That means if you wear a wrist-style tracker like the Flex while sitting at your desk and moving your hand back and forth typing, your bracelet tracker will tell you that you burned far more calories during the day than you actually did.

In fact, I noted the steps on the Flex and the Fuel Band before my husband and I sat down to dinner one evening. Though I never moved from my chair, they each assigned me somewhere between 150 and 200 extra steps.

Yahoo’s Becky Worley compared the accuracy of some of the latest devices and also found a wide disparity in their reporting. As Becky points out, you can calibrate the Fitbit and others so it knows exactly how long your stride actually is and can measure more accurately.

So the winner here is the Misfit Shine, which is worn as a pendant or clipped to your belt or even a bra. It measures whole body movement, not arm movement.

The Flex provided the best balance of battery life and ease of charging. The battery on my Flex lasted close to a week before needing to be recharged, but having to insert it into an adapter before plugging in to the USB port was a pain.

Of the others, the Fuel Band was the easiest to charge, with the end of the bracelet going right into an open USB port, but its battery life was shorter. And the best battery life goes to Shine, which enjoys months of life from a single, non-rechargeable coin battery — impressive, but opening the device to insert the initial battery proves quite cumbersome, even though it comes with a tool to assist you.

The Flex is easy to sync via Bluetooth 4.0, and you can upload your stats to the Fitbit dashboard on your Mac or PC using the included wireless dongle. There (or using the mobile app), you can keep track of your food intake, calories burned and weight. And if you have Fitbit’s Aria Scale, the Flex automatically sends your weight to the dashboard, making tracking that much easier.

The competition doesn't quite measure up. Nike’s Fuel Band is also easy to sync, but there’s no scale option. The Jawbone Up requires that you physically plug in the device to your phone, and Misfit Shine uses a cumbersome mystery method for syncing that involves physically placing the Shine on your mobile device’s screen with the app open. The Shine also only works with iOS devices.

Playing nice with others

The Flex gets huge points for its integration with other fitness apps such as MapMyFitness and RunKeeper. If you’re counting calories, you can export your data to popular apps like LoseIt! and MyFitnessPal. This is especially helpful if you started out tracking your food or fitness using a mobile app before moving to a dedicated tracker. If you like the app you started with, the Flex lets you continue to use it.

Jawbone just recently started working with outside developers to intergrate its system into third-party apps, as has Nike. Misfit, for now, has no outside integration.

The Flex's silent alarm can be programmed to wake you at a given time with a vibration on your wrist. This is a nice feature, but I wish Fitbit had gone one step further.

The alarm on the Up lets you set it for a particular time, and then it vibrates to wake you when you are in your lightest stage of sleep. This is supposed to get you out of bed feeling refreshed and filled with energy. I also liked the way the Up acted as my virtual nagger, vibrating after an hour to remind me I needed to get up and walk.

The Fitbit Flex earned favorable reviews when it launched. Cnet’s Brian Bennett praises the Fitbit Flex for a “long list of features and a comfortable fit" that make the Flex "the best fitness tracker you can buy.”

The New York Times columnist David Pogue says the Flex's hardware is “more convenient, more flexible and less expensive (by 30 percent) than its archrival, the Up band.”

Terrence O’Brien from Engadget writes, “Fitbit might just have struck the right balance between price, convenience and simplicity.”

While the Fitbit Flex delivered the overall best experience, I was also wooed by the Misfit Shine’s understated design. Made of aerospace-grade aluminum, the Shine is slightly larger than a quarter and discreetly attaches to your clothing via a rubberized pendant. Most importantly, the Shine doesn’t scream "activity monitor" when worn with work clothes or even a cocktail dress.

Misfit co-founder Sonny Vu told me the Shine is the “most elegant physical activity monitor,” and he wasn’t kidding. Former Apple CEO John Sculley is also a co-founder, and you can see Apple’s influence in the sleek, sexy design of the Shine. Like the Flex, the Shine has no visible screen, just LED lights that give you a visual representation of your stats when you tap it. It also gives you the time, using a unique way of flashing number placements on the face.

You can literally wear this device anywhere. The back of the pendant attaches magnetically to the pendant loop, holding it securely in place — even at the gym, no matter what crazy position I was in. Nor did I worry about forgetting to take it off before going in the water. The Shine is waterproof, not just sweat-proof.

If you’re an iPhone user who cares about design and simplicity and aren’t interested in third-party fitness apps or an alarm, the Misfit Shine is the activity monitor for you.

Is Flex better than Fitbit Force?

Great review! I agree that the Flex is a great activity tracker. Do you think that the Force has some advantages? I’m not talking about using “the force” but rather the new Fitbit Force. Doubles as a watch and fitness tracker plus a slew of updates. If I was going to get one it would be the Force. I still have my Jawbone UP that does the trick for now, I think my next tech purchase will be a new smartwatch. A pebble maybe?

I dont think there are

I dont think there are too many diffrences between the fit and the force. If you have the jawbone then you should be good.

Nice review. Only question is, is it better than flexibit? Flexibit is also good option, if i am not wrong.