Samsung Galaxy Player 4" and 5" - Android without the Phone 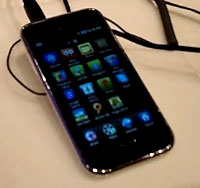 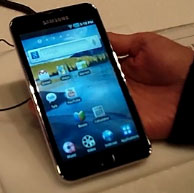 Want all the goodness of an Android phone without the phone? Samsung delivers with its 4- and 5-inch Galaxy Players, Wi-Fi-based Android devices. Think iPod Touch versus iPhone.

Both Galaxy Players will run Android 2.2 (upgradeable to Gingerbread 2.3), have 1Ghz processors, 8GB of onboard memory (expandable through a microSD card slot to 32GB) and two cameras—3.2MP rear-facing and VGA front facing. The 5-inch model also has a flash.

Both the 4-inch and 5-inch Galaxy Players would make an excellent media device for people on the go who don't already have a smartphone with these features.

In a head-to-head with the iPod Touch, the Samsung Galaxy Players come out ahead on screen size (iPod Touch display is 3.5 inches) and have a much better camera (3.2MP vs an anemic .7MP on the iPod Touch). The iPod Touch wins out with its high-resolution Retina display and a slimmer, sleeker case design.

Pricing has not been announced and availability will be this spring.

we have not used the

we have not used the Crock-Pot yet.  we do not need more items for us to need a tutor to explain