Apple Unveils the Long-Awaited Redesign of the MacBook Air 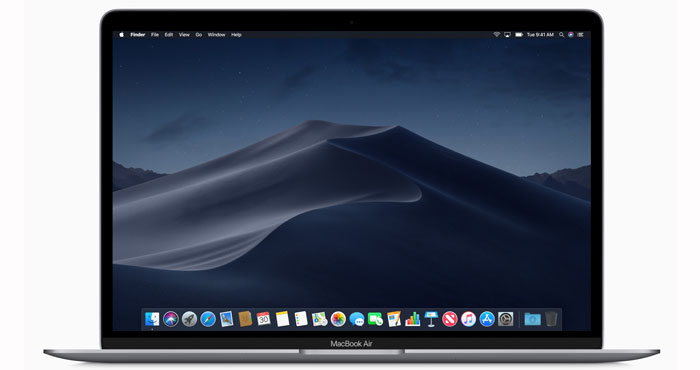 After an unusually lengthy lag between upgrades, Apple has finally unveiled an all-new redesigned Apple MacBook Air, with a sharper, higher resolution 13.3-inch Retina Display offering four times the resolution as the screen on its last Air edition, packed in an all-recycled aluminum enclosure that's 17 percent smaller and 25 percent lighter.

And for the fashion-conscious, the new Air is available in a new gold finish in addition to the usual space gray and silver. It's available for pre-order today in 128GB and 256GB versions for $1,199 and $1,399, respectively, physically available on Nov. 7. A silver version of the existing Air remains for sale, priced at $999. No update to the smaller MacBook was introduced.

While arguably the world's most popular laptop, the Air has suffered from a lower-resolution display compared to its Windows counterparts. The new HD Retina display displays 4 million pixels (2560 x 1600), four times the resolution of the previous Air, which results in 227 dots-per-inch density for much sharper text and images, and 48 percent more color, according to Apple.

Other improvements include a more stable backlit butterfly keyboard, Touch ID security like the old iPhone Home button, a 20 percent larger touchpad, 25 percent louder stereo speakers, a three-mic array so Siri and your friends/family/co-workers over FaceTime can hear you more clearly, two dual-purpose USB-C jacks for charging and connectivity, and an "all-day" 12-hour web-browsing battery.

Inside, the new Airs run on Intel's latest 8th generation processors, 1.6GHz dual-core Intel Core i5, together with 8GB of RAM expandable to 16GB, and flash memory that can be expanded to 512GB or 1.5TB of user storage.