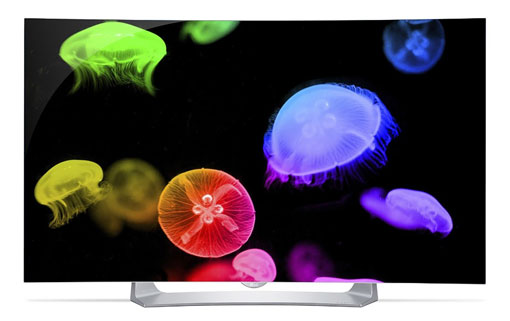 OLED (Organic Light Emitting Diode) TVs arguably deliver the best TV picture quality available in the market. However, they've also been historically cost-prohibitive, debuting two years ago for $15,000. But now, for the first time, buyers can get a 55-inch Full HD OLED TV for less than $2,000.

The price drops come as part of what LG is calling a market penetration strategy, in which the company hopes to get more consumers buying OLED TV’s. What this news means for you is price points on OLED TVs that are on par with or lower than premium LCD/LED TV’s.

On the surface, OLED televisions are stand-outs with sleek, ultrathin screens that come straight or curved. They’re the kind of TV’s that will make the neighbors jealous after you invite them over to watch that concert or football game. The picture quality is considered superior because OLED screens use materials that emit light at each pixel, rather than use back or side lights--which is what’s found in LED panels. The result is highly precise lighting, which makes for a higher contrast between the blackest blacks and the whitest whites as well as more natural-looking colors and light levels.

OLED TV’s have been known to be subject to image retention, which essentially burns-in afterimages if static images are left up on the screen for too long. LG says its TVs use techniques that include “automatic picture dimming” to combat the issue and allow for a screen lifespan up to 20 years if it’s being used on average of six hours a day.

And for those who want the OLED TV technology at its lowest price, it’s worthwhile to note the 55EC9300 Full HD Curved OLED TV at 55-inches (the predecessor to the new 55EG9100) is available at the price of $1,799, but the company throws in the caveat “while supplies last.”

The company says the discounted pricing is in effect now, with the instant rebates available through the remainder of the year.The TV’s are available at the heavily discounted prices at Amazon as well as other big-box retailers, regional dealers and specialty custom-installation retailers.