Brought to you by Western Digital

Easy iPhone Backup & Charging with the SanDisk iXpand Base 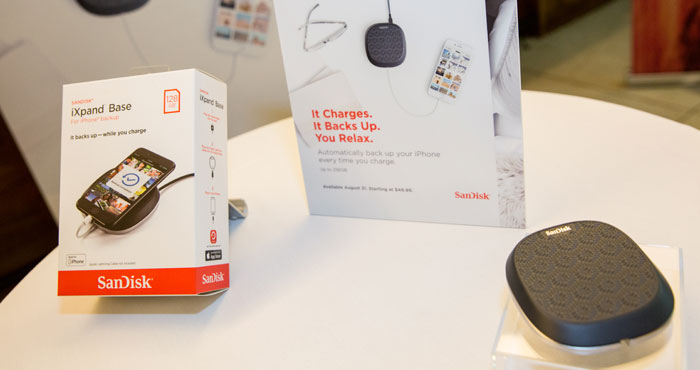 When you take photos or videos, chances are that you're using your smartphone. In fact, Western Digital found that more than 85 percent of iPhone users in a recent survey use their phone as the primary capture device. So, backing up those precious memories is always top of mind, especially when traveling.

Today, Western Digital announced the SanDisk iXpand Base, a new storage solution that offers a unique, hassle-free way to back up your iPhone. You simply plug your phone in to the base to charge and iXpand automatically backs up all of your photos, videos and contacts to its built-in storage – no thought required.

As a charger, the iXpand Base is engineered to quickly charge your iPhone with 15W of power. You plug your own cord into the base, with any extra tucked into the wrap-around groove to keep things tidy. The soft rubber top of the base keeps your phone in place.