Tesla on Pace for Self-Driving Cars in 3 Years 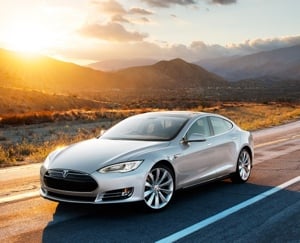 Self-driving cars could be here even sooner than originally anticipated. Elon Musk, CEO of specialty electric car company Tesla, told The Financial Times yesterday that his cars “should be able to (automate) 90 percent of miles driven within three years.”

Without a doubt, 2016 is a very aggressive target for something as complex as self-driving cars. Musk, however, has his own vision that’s slightly different than similar technology being worked on by Google.

“My opinion is it’s a bridge too far to go to fully autonomous cars,” explains Musk. Instead, Musk’s Tesla is focusing on an auto-pilot-like technology where cars are mostly automatic, but require driver input for certain situations. That slight difference could speed up development and reduce the carmaker’s liability for accidents – a major concern for its competitors.

Tesla, of course, isn’t the only company working on self-driving technology. But Musk’s estimate of three years until completion puts his company on a faster pace to market than its competitors. Google estimates its technology will be available to consumers in 3 to 5 years. And just last month, Nissan announced it would begin selling self-driving cars by the year 2020.