At Apple's World Wide Developer's Conference, we got a sneak peek at what's in store for the next version of iOS, iOS 13. The upgrade, doesn’t add anything revolutionary for iPhone owners, just a lot of small conveniences that you’ll appreciate every day.

The biggest change will be for iPad owners, who will get a whole new operating system, iPadOS. To take advantage of the iPad's larger display, you'll get an app doc that's reminiscent of MacOS, the ability to multitask with split view and widgets that show information on the Home screen, among a host of other new features.

For iPhone owners, check out what we feel are these are the six best new features of iOS 13.

1. It's faster than ever

iOS updates used to be a real nuisance for people with devices more than three or four years old, as new features could make older devices sluggish. However, in recent releases, Apple has focused on improving performance for devices old and new. This update should make apps launch twice as fast, and Face ID will unlock your phone 30% faster. Even older phones won't need to be afraid of updating with these speed improvements. 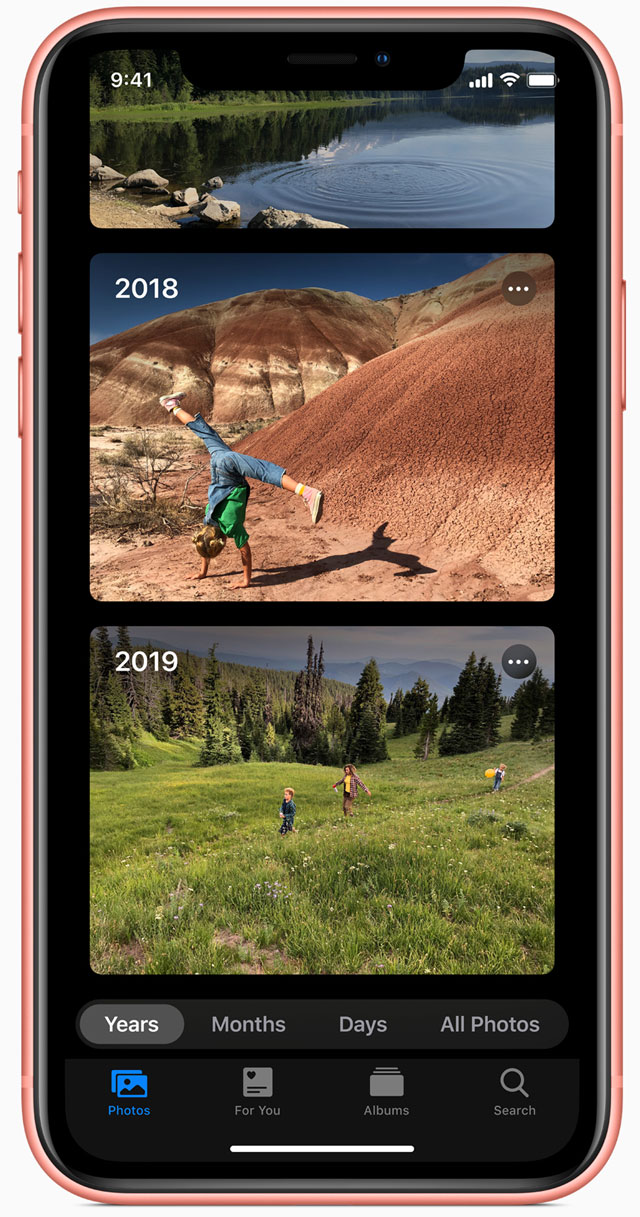 The Photos app is also getting an update, and while Apple tends to rework this app every update, the newest version will do a lot to organize our growing photo libraries. The app currently breaks down your photos by date or album — if you take the time to organize your photos by album — with a “For You” section that shows a section of curated memories. The new system is an evolution of this: it still organizes your photos by date, but highlights your best photos rather than showing all of the duplicate photos we tend to take.

There are large image previews and auto-play for video and Live Photos to take you into the moment without the need for any extra clicks. Beyond arranging by date, it will organize your photos dynamically based on your location or events. For example, if it’s your child’s birthday, it might bring up a selection of their photos. Similarly, it might show photos based on time or location, like bringing up photos of your last beach trip when you take this year's summer vacation.

Though it's a relatively minor tweak on the existing Photos app, the result is impressive, making it easier — and probably a lot more fun — to scroll through your best photos and relive your fondest memories. 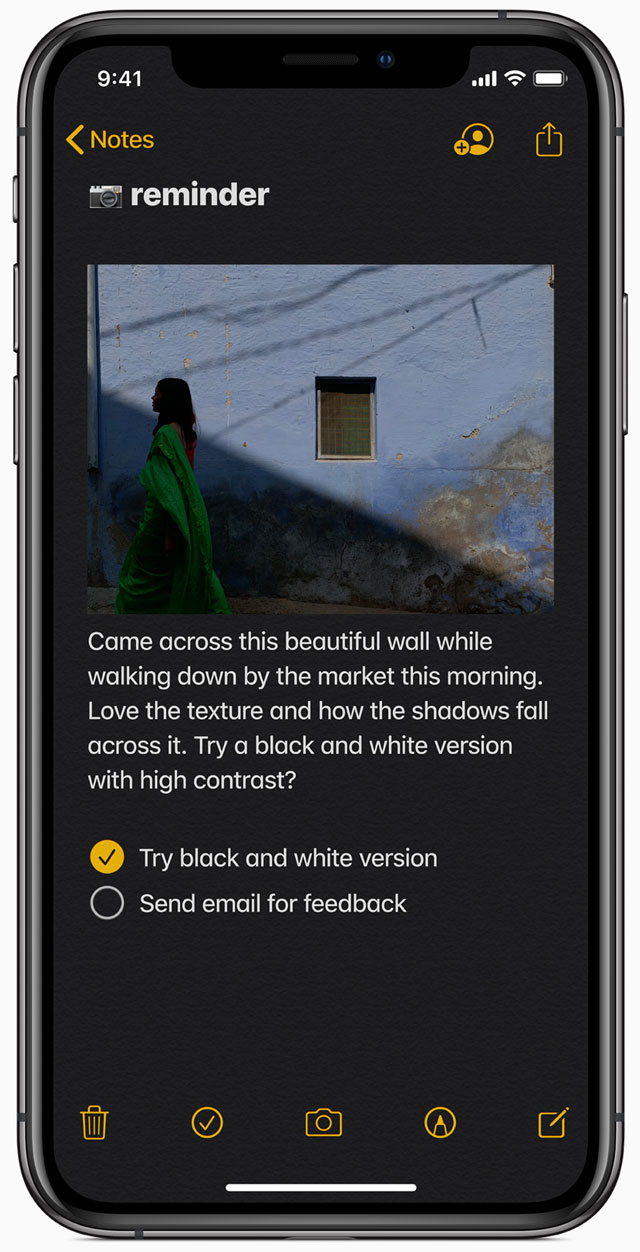 The iPhone is finally getting a dark mode, which makes turns elements of the UI a dark black, which can be easier on the eyes — particularly at night, when an all-white screen can turn into a flashlight. All of Apple’s first party apps are designed to look great in dark mode, though third party apps may or may not have a dark mode of their own. Some third-party apps already have a dark mode, but this OS-wide addition may encourage others to add it.

4. Type with just a swipe 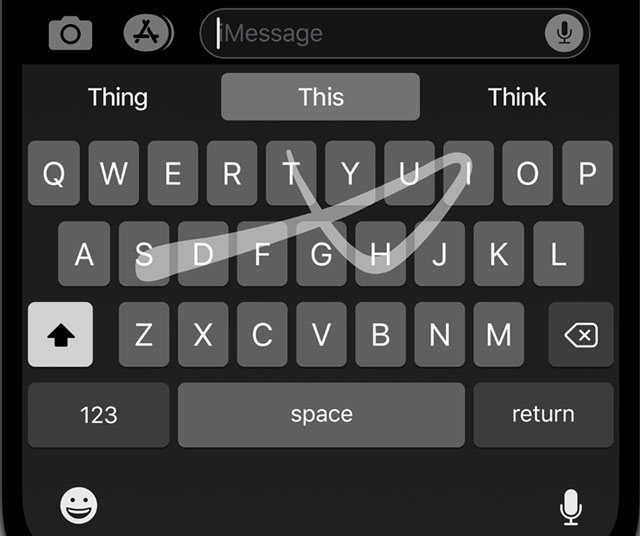 The new Quick Path keyboard will finally let you swipe to type. It’s feature that you’ve been able to get in third party apps, but now it’s coming to the default keyboard. If you’ve never tried it, it can be a speedy way to get your message written by swiping your finger across the screen rather than pecking out one letter at a time.

Apple has been collecting data to make the Maps app much more accurate. The new apps have tons of extra detail about locations, including an AR view of locations — a feature that’s been a keystone of Google Maps for a long time. The app itself is also getting a few new features, with favorite locations and collections of locations, so you can get directions to your usual hangouts — or make a destination to-do list for your next vacation — quickly. Look for updated maps to be available by the end of the year.

But the very best feature may be a simple spam prevention option. Robocallers are constantly making your smartphone ring, barraging you with sales pitches and scams. While Apple isn’t adding in the call filtering features you can find in some third-party apps, it is addressing pesky callers with blocked numbers that show up as “unknown.” These calls are practically never legitimate, and they’ll now be sent straight to voicemail. However, if you want more advanced call blocking, you’ll need to subscribe to a third party app like Hiya or Truecaller.

As with all new versions of iOS, there will be some devices left behind. It will only be available on the iPhone 6s and newer. If you have an iPhone 5s or iPhone 6, you're out of luck. And while you may be eager to get these features now, you’ll have to wait. iOS 13 will be a free update for iPhone users this fall. If Apple follows its usual release schedule, it will launch mid-September.