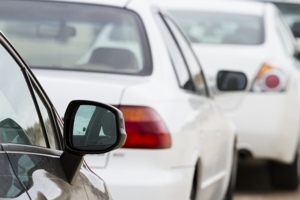 A 20-year-old Texas man stands accused of remotely disabling 100 vehicles sold by a dealership he used to work for, the Associated Press is reporting.

Vehicles sold by the dealership in question come equipped with a remote GPS kill switch. The system is designed to help repossess cars from non-paying buyers by disabling their function and betraying its location. Omar Ramos-Lopez, police allege, used that system to systematically prank owners, periodically setting off the alarms of vehicles and disabling their function.

Thankfully, the hack didn’t endanger any lives – it simply caused a lot of confusion, inconvenience, and tow bills. “He caused these customers, now victims, to miss work,” a police spokeswoman told the AP. “They didn't get paid. They had to get tow trucks. They didn't know what was going on with their vehicles.”

That doesn’t mean hacking a car computer isn’t a serious offense, though. Ramos-Lopez faces felony charges for breaching computer security, and is being held by authorities.

We’ve been talking a lot here on Techlicious about advances in car computers lately – specifically the rush of carmakers adopting Android and iOS tech in car dashboards. But the more computerized our cars get, the more likely hackers can cause mischief. We’re lucky that Ramos-Lopez was “only” playing a very mean joke.

[White cars on side of road via Shutterstock]