Most parents know there are plenty of kids – sometimes very young – spending a lot of time with games meant for older audiences. Intense violence -- not to mention other, morally objectionable content -- is a standard feature in mature-rated titles. While adults and older teens can separate cartoonish gore from reality, some research suggests kids can become more aggressive and desensitized to violence through playing. The first rule of thumb is, of course, always look at the rating and read the descriptors before letting kids play. Here’s a handful of games that that are particularly intense and should definitely be kept away from kids. 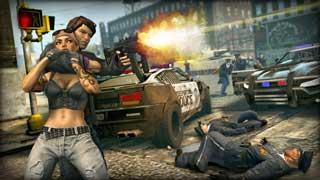 Though adults may find this game’s cartoony, envelope-pushing tone hilarious, the game is rated M, and clearly not intended for kids. The story, about a fight between rival gangs, gives players a huge assortment of weapons with which to kill rivals, police and pedestrians. The violence is over-the-top and bloody and sexual content includes scantily clad hookers, and characters appearing completely nude save blurred genitalia. Lastly, there’s a hefty does of profanity, drinking and drug use, and you can play online, where gamers will likely encounter still more swearing. 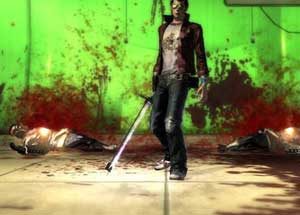 Don't be misled by the comic book graphic style and animation: this game lets you slice and dice, bludgeon and decapitate enemies in a contest to become the world’s top-ranked hitman. Non-interactive cut-scene sequences show a woman suicide bomber putting a grenade in her mouth and another woman sliced into pieces in slow motion for dramatic impact. There are hefty doses of sexuality and profanity as well. It’s a ridiculous and imaginative romp for adults, but for kids, nightmare fuel. 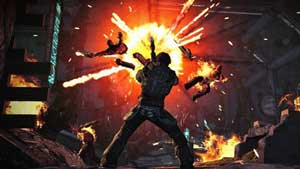 The in-your-face violence and vulgarity in this first-person shooting game are intended to entertain, but feel forced and ridiculous. The focus of games is a "skillshot" system that rewards players for killing enemies creatively, for example, flinging them into the air with an electric leash and shooting them in the head. Enemies can be beheaded, impaled, or blown to bits, and blood spews everywhere. The story, about a futuristic, space mercenary out to kill an officer who betrayed him, features profanity-spewing warriors, sexual references, alcohol consumption, and supports open communication in online play, too. This game may be a celebration of immaturity, but it’s not intended for juveniles. 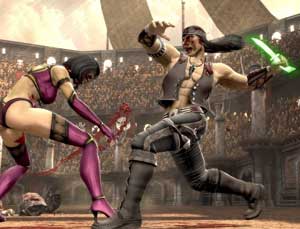 This fighting game raises the bar, even for the notoriously gory Mortal Kombat franchise. Each character has signature "fatality" moves such as ripping out an opponent's spine, tearing them in half, or impaling them with sharp objects. An X-Ray feature allows you to see the effect of your violence on your opponent's insides while you perform the moves: bones snap, skulls splinter from sledgehammer blows. While presented in an over-the-top fashion meant to be ridiculous, it’s still strong stuff kids have no business playing.

Rise of Nightmares (Xbox 360 with Kinect)

Using hands-free, camera controller Kinect, you kill humanoid enemies by the dozens in this first-person horror game. Instead of a controller, your movements determine the movements of your character: turning your body or step back and forward moves you in the desired direction. Oh, and you can use your hands to punch and wield weapons such as knife, axe and chainsaw to kill, decapitate, and dismember. The point is that you feel as if you’re doing the killing. The game also depicts torture, lots of splattering blood, and scenes with scantily dressed women. Making matters still worse, the control scheme is clumsy and ineffective. Avoid this one like a hungry zombie. 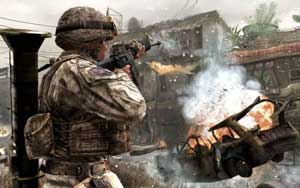 There’s no denying that this is a brilliantly designed and extremely entertaining game… for mature players. But a massive marketing blitz has made younger kids are aware of, and keenly interested in playing this blockbuster franchise. In the single-player campaign, users step into the boots of a variety of soldiers in fiercely intense firefights across the globe. Within these, however, players encounter blood spattering, swearing, and disturbingly violent situations, such as witnessing a family killed by a truck bomb. There are settings to turn off blood and swearing in the campaign, but in multiplayer, you’re matched with players online, where users swear and freely use racist, sexist and homophobic slurs.