The Best Streaming TV Services for Those on a Budget

If you don't want to be tied down to an expensive cable TV package, you have plenty of choices. Netflix and Amazon offer huge catalog of movies, TV shows, and original programming. Services from Hulu and YouTube offer tons of live channels. Premium services like HBO Max, Peacock Premium, and Disney+ can all be bought as stand-alone packages. You can even get decent sports coverage with subscriptions directly from your favorite professional sports league.

But there's one big problem with this slew of streaming services: they can be pricey, too. Many stand-alone services run about $10-$15 per month, and cable replacement packages featuring a bundle of on-demand and live channels typically run about $65 or more per month (we're talking about services like Hulu + Live TV, YouTube TV, and FuboTV). If you subscribe to several services — which you might need to replace a traditional cable plan — you could be paying just as much as you were for cable. While streaming services can be convenient, with easy access to on-demand content and live programming from anywhere, today you'll get the same access with most cable packages.

Fortunately, there's another option for budget-minded shoppers: "skinny" TV streaming bundles that offer a limited number of channels for a budget-friendly price — even free. These bundles usually include plenty of the major cable networks you want to watch — but they often skimp on sports and local programming that make other services so expensive. Services can be a bit feature-light, too, only letting you stream to one device at a time and not offering DVR services for programming you can't watch on demand.

Still, these packages can be perfect for viewers who don't need every channel — and if sports or local programming are must-haves, there are workarounds. Here are the best streaming TV services you can get for those on a budget.

Streaming TV Services for those on a budget 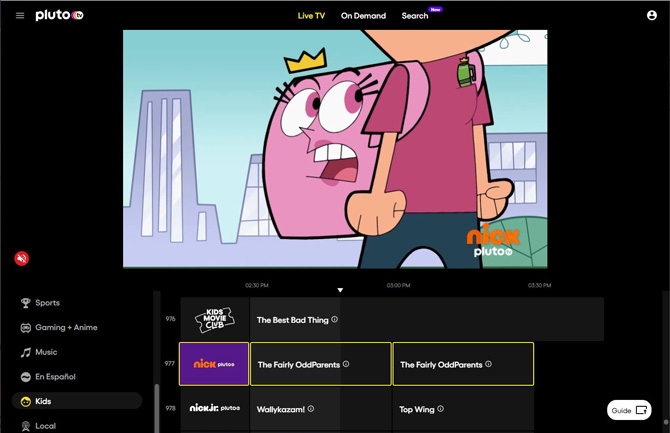 As an all-free offering, Pluto TV offers an impressive selection of more than 200 channels. Many of these channels are niche offerings, but there are some notable networks, like NBC, CBS, CNN, Fox Sports, NFL Channel, MBL, and History Channel. There are also special Pluto TV versions of Nick, Nick Jr., MTV, and Comedy Central, among others. Most of the content is offered live, but there is a selection TV series and movies available on demand.

Also convenient is the fact that you can watch on most streaming devices, with support for iOS and Android devices, as well as Apple TV, Fire TV, Chromecast, Roku, and web-based streaming. It doesn't offer any kind of DVR, so if whatever you want to watch isn't available on-demand — and not everything is — you have to watch it live or not watch it at all. It can stream to one device at a time, however, you can create multiple free accounts for use across your devices.

Like other free movie and TV services, Pluto TV makes its money by inserting ads into TV series and movies, but it's not too intrusive and it has the best selection of the free services. It's lighter on premium content than paid services, but there is a respectable selection to choose from and you can't beat free. 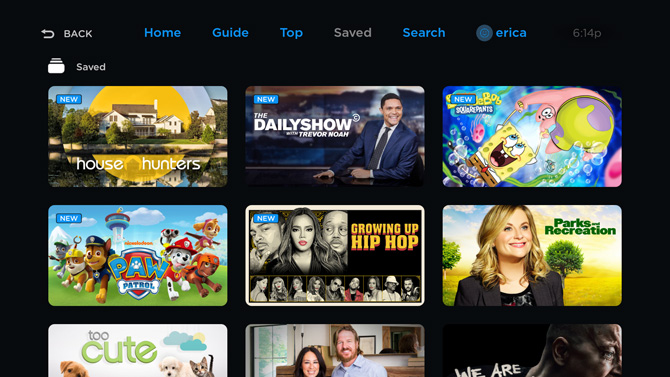 For just $25, the Philo offers a high-quality selection of networks, including Animal Planet, BBC America, Discovery Channel, Food Network, Hallmark, HGTV, and TLC, as well as Comedy Central and kid-friendly Nicktoons and Nick Jr. However, it misses some popular channels like CNN, Cartoon Network, TBS and TCM. (See the full channel lineup for a complete list.) And, it's missing local programming and sports.

However, Philo has some notable advantages. A cloud DVR will record as much as you'd like (and will keep it for one year) and you can watch on up to three devices at once. Both features add a lot of convenience, which could make it the perfect choice. 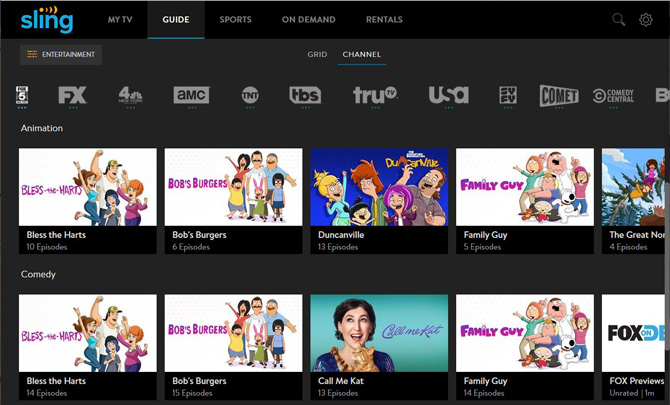 Though Sling TV's Orange plan offers the smallest selection of channels for the highest price, it may offer more of the channels you want. It's the only budget-friendly service that includes ESPN and the Disney Channel. On top of that, it has network staples like AMC, CNN, Comedy Central, Cartoon Network and more. However, you can only stream to one device.

Sling Blue lets you stream to three devices and offers more channels — 43 instead of 32 — but it doesn't include Disney or ESPN. The channels Blue does include, which aren't included in Orange, include Fox News, MSNBC, NBC, Fox Sports, Bravo, SyFY, Nat Geo Wild, and Nick Jr. Fox and NBC are only available in select markets, so check to make sure they're available in your area.

You can boost the channel offerings of Orange or Blue for an additional cost. You can get both Orange and Blue for an additional $15. Add-on channel packages for $6 each can give you more kids, lifestyle, comedy, or news programming, and for $11, you can add 12 sports channels. Check the packs to make sure you're getting what you want for your base level of Sling TV. For instance, RedZone is only available as an add-on for Sling Blue. And while you can tailor the plan to your interests, the extras can make the cost balloon.

Cloud DVR provides 50 hours of recording for free as part of your basic service and follows the rules for the number of streams per device. So Sling Orange customers get one stream for Cloud DVR and Sling Blue customers get three streams for Cloud DVR. For an extra $5 per month, you can subscribe to Cloud DVR Plus, which gives you 200 hours of storage.

For streaming, you need internet.

For streaming, you need internet. Most sources of said internet, in the States, are not cheap, especially if you need bandwidth and high speeds (you certainly do when sharing your connection with multiple devices that use alot of data. In some cases, there is even a set limit on the number of devices, at least through company supplied equipment.)

You can save through these services, yes… but you will pay extra for even your unbundled internet.

As to local TV through a digital tuner and antenna (or converter box and antenna if you’re still using an older TV)... that depends. It depends on how clear a view you have to the transmission towers… rental properties can have the worst views and suffer about as much as rural, if not worse.

Smorgasbord with a menu that is actually useful

When might we get TRUE smorgasbord where we can get exactly the channels we want and use and not a darned thing more?  It seems to me the first entity that allows us to buy one channel at a time would have an enormous competitive advantage.  Right now there doesn’t seem to be any way to do that. Every alternative has somethings we like and 95% of things we don’t.  So, we are currently forced to either pay for what we don’t use or forced to overpay to get all we do use.

Stuck With Our Provider?

We’d like to switch to internet only and use lower priced streaming services for the rest.  However, our provider’s fee structure makes it cost prohibitive to use internet-only.

Because of lack of competition in many (most) markets, consumers are stuck with few options, and providers can use that power to keep you locked into services you don’t really want or need. There’s hope that 5G and future technologies will create more options for home broadband, but we’ll have to see how that plays out.

The chart is incorrect

The chart is incorrect.  It states Sling Blue offers NO local channels, when in fact it offers Fox and/or NBC in select markets.  My market has both.

Thank you! We've corrected the

Thank you! We’ve corrected the error we made in switching the Blue and Orange info for local channels.

Why mention CNN and not Fox News or MSNBC.  CNN is the least watched of the three big news networks now.

While Fox typically sat atop the ratings, MSNBC and CNN had the largest percentage gains in viewership compared to the previous year. Despite coming third overall, CNN boasted the highest percentage growth, well over 50% in total and also within the key 25-54-year-old demographic. MSNBC was right behind it, with a 50% increase in total viewership.

The only service that has

The only service that has Fox News and MSNBC is Sling Blue, and we do mention that in the story. CNN is carried by all of the services.