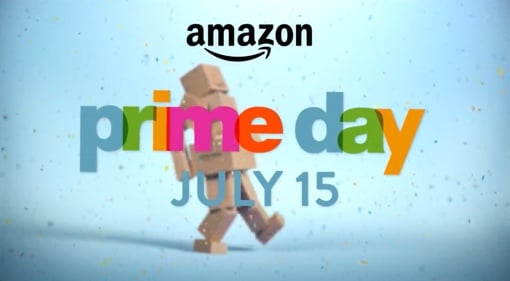 : On Wednesday, July 15, Amazon will hold its first-ever Prime Day event. The company plans to offer a giant sale with “more deals than Black Friday,” along with a couple contests offering tens of thousands of dollars in Amazon gift cards. Amazon’s one-day-only Prime Day begins at midnight, with new deals being added to the site as often as every 10 minutes. To participate, you need to be an Amazon Prime member (either paid or on a 30-day free trial).

In addition to the sale, Amazon is holding a sweepstakes for its Prime customers. Just play any Prime Music song, playlist, album or station on July 15 and you’ll be entered to win a $25,000 Amazon gift card as well as smaller gift cards prizes. Amazon Prime members can access Prime Music’s million-song library via the Amazon Music app (available on iOS via iTunes and Android via Google Play) or by visiting Amazon Prime Music

If you’re a shutterbug, you might also want to check out the #PrimeLiving Photo Contest. It requires you to take a photo of your “happy moment” – whether that’s playing on vacation with the kids or simply enjoying a brilliant sunset. Winning photos will be shared on Prime Day with one grand prize winner walking away with a $10,000 Amazon gift card. You can submit your photo entry between now and July 15 via Prime Photos

; a yearly membership will set you back $99.