Catch the Olympic Spirit with these Video Games

Nothing gets you more in the mood for the Olympics than playing the sports you’ll see in Vancouver this year. So if you can't hit the rink or slopes, try a video game. Here are our faves: 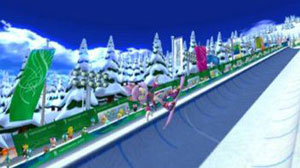 Mario and Sonic at the Olympic Winter Games
In the true spirit of Olympic competition, the boys are back for some more hard-core competition for the Winter Games in Vancouver. Sega first paired up Mario and Sonic for the 2008 Summer Olympics and now they’re here to try their hand at snow sports. Your kids will be able to compete in skiing, speed skating, snowboarding, bobsledding and more. It’s made for the wii and rated for any age. It does have mild cartoon violence so keep that in mind for the little ones.
Wii ($50): Get the latest pricing from Amazon.com

Nintendo DS ($35): Get the latest pricing from Amazon.com 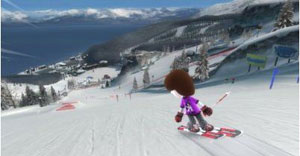 We Ski and Snowboard
Namco Bandai makes you feel like you are really at the resort with their addition of snowboard fun to their popular We Ski game. Players use the Wii Remote, Nunchuk, and Wii Balance Board to hit the slopes and carve up the 7000 vertical meters of two separate mountains. Players can also show off their moves in the new Fun Park that includes rails and a huge half-pipe. To add to the challenge, players can earn some gnarly gear as they shred the hill. Rated for everyone.
Wii ($30): Get the latest pricing from Amazon.com 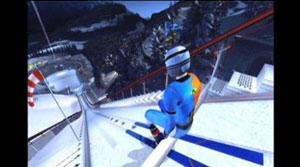 Winter Sports 2 The Ultimate Challenge
Conspiracy lets you show off your athletic prowess in this winter wonderland of sports. You can choose from speed skating, ski jumping, downhill SuperG Slolom. It includes nine different sports with a multitude of amazing 3D simulations of beautiful winter scenes. You are right there in the middle of an international competition, which includes commentators, TV cameras. Up to four players, For any age, but better for older children who can understand what’s going on.
Xbox 360 ($20): Get the latest pricing from Amazon.com

Wii ($30): Get the latest pricing from Amazon.com

Nintendo DS ($20): Get the latest pricing from Amazon.com