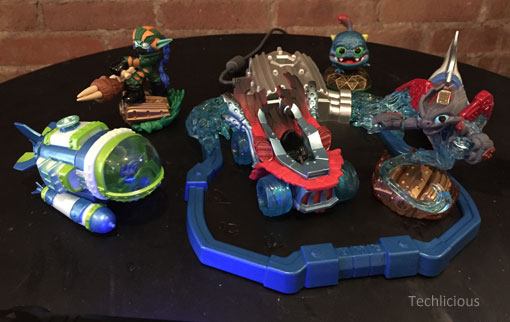 For the fifth edition of Skylanders, Skylanders SuperChargers, the creative minds at Activision have yet again come up with a fun new way to enjoy the mythical realm of Skylands with the addition of vehicles–cars, submarines, helicopters, tanks, jets. Now you'll not only be able to port your action figure into the game, but you'll also be able to send a vehicle along with it.

In SuperChargers, the super vilian Kaos has escaped and has a new weapon ready to threaten Skylands, the Doomstation of Ultimate Doomstruction. Your task to race through Skylands in supercharged vehicles to stop him. Get ready to skid and drift in your land-based vehicle, race down rapids and surf waves in your watercraft and dogfight in your aircraft (Be sure to check out the video below to see game being played.). There will be 20 vehicles in all plus 20 new Skylanders SuperChargers characters. 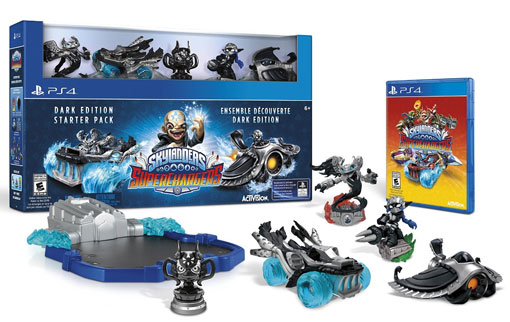