Brought to you by Chevrolet 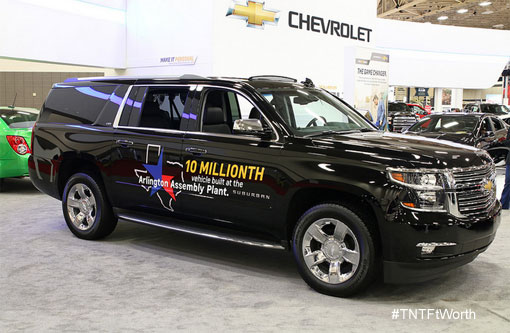 How long does it take to build a total of 10 million cars, trucks, and SUVs? In the case of Arlington Assembly — a GM manufacturing plant near Dallas, which has been running since 1954 — just over 60 years.  With such a long history, the plant's manufacturing history is a walk down memory lane for American cars:

Classic and modern models feature a station wagon-style body on a truck frame with a powerful engine for hauling or towing whatever you might need. Though they were originally produced commercial use, the Suburban has also become a popular family vehicle — and of course this year's models have the latest tech, like OnStar's 4G LTE Wi-Fi hotspot connectivity.

How many of us have memories of family vacations in the Suburban? Considering the vehicle's long lifespan, probably lots.

For a quick trip down memory lane, check out GM's nifty video about the history of the Suburban.