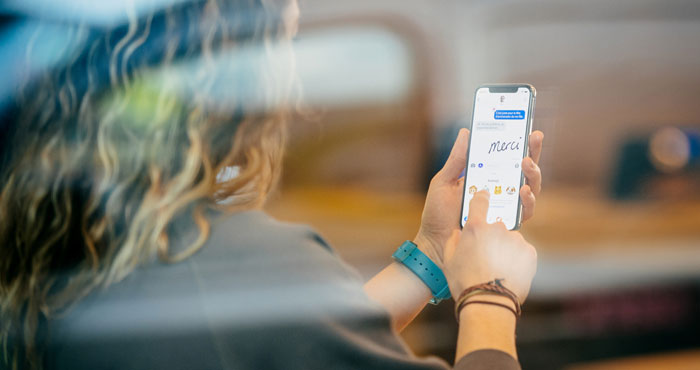 Last week iPhone and Mac users woke up to an ugly bug that could crash their messaging apps for good. The problem was a specific Indian-language character that iOS, watchOS and macOS couldn't display properly. Messaging apps — including Apple's Messages, WhatsApp, Facebook Messenger and even Gmail — that would be used to load the character and would crash. When you tried to re-open the apps again, they would try to load the character again and crash again.

While this bug didn't harm your device or delete any data, it was a serious nuisance for anyone affected by it. The only fix was to delete the message, which was tricky when your apps would crash just after opening them. And, worse, it could affect your apps even if you didn't do anything special. While the average computer user probably knows not to open unknown files or click suspicious links, the only defense to this problem was not to get a message with this character in the first place.

Fortunately, Apple has rolled out a patch to fix the problem, and you should update all of your iOS, watchOS and macOS devices to make sure you don't run into this annoyance.

To update your iOS device, go to Settings > General > Software Update. You should be seeing an update to 11.2.6. If an update doesn't show up, your device has already quietly installed the latest patch in the background. Otherwise, tap Download and Install to get started. (We haven't heard about any issues with this patch, but it's a good idea to back up your phone before patching. And make sure to follow these instructions to back up your mobile devices to iCloud or your computer before installing the update.) Once you've updated your iPhone, you should update your Apple Watch, too. Open the Apple Watch app and navigate to the My Watch tab. Then tap General > Software Update and tap to download and install the update to watchOS 4.2.3.

Updating macOS is also pretty simple. Just click the Apple icon in the upper left of your screen and select App Store. Click on the Updates tab at the top of the window and you should see a macOS software update listed. The update will either be to macOS High Sierra 13.3.3 (yes there is a second update with the same name) or for Mac Pro users macOS High Sierra 13.3.3 Supplemental Update. Just click on Update to download and update to download and update your Mac.

Installation will take several minutes, and your system will restart when the installation is complete — so don't run the update if you need your phone, watch or computer right away.

I have an older ipad whose OS is not being updated any more.  Is there any solution for this?

Unfortunately, there is not much you can do when Apple decides they’re no longer going to support an older product. Your choice is to stick with the old (insecure and increasingly useless) OS or buy a new iPad (or and Android tablet). When they drop support, it’s usually because the older device’s chipset or other hardware can no longer support the new OS.

I figured that's what the

I figured that’s what the answer would be…I’m sure Apple would like me to buy a new one!  Thank you!