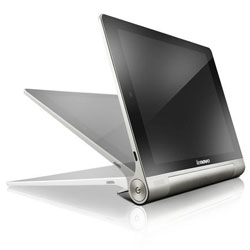 I'm not especially impressed with most PCs, but one that caught my eye recently was the multimode Lenovo Yoga 2 Pro. Aside from an ultra slim design and gorgeous screen, its main selling point is its multiple orientations – there’s a tent mode, a tablet-like flat mode, a stand mode and a laptop mode, all in one device.

Today, Lenovo announced two new additions to its Yoga line: the new 8- and 10-inch Android Yoga Tablet. Like its laptop cousin, the Yoga Tablet is a multimode device that centers around a cylindrical handle and built-in stand. There’s a self-explanatory hold mode, a stand mode that keeps your device propped at a 110- to 135-degree angle and a tilt mode that lets you maintain a slight angle when laying the tablet on a table. 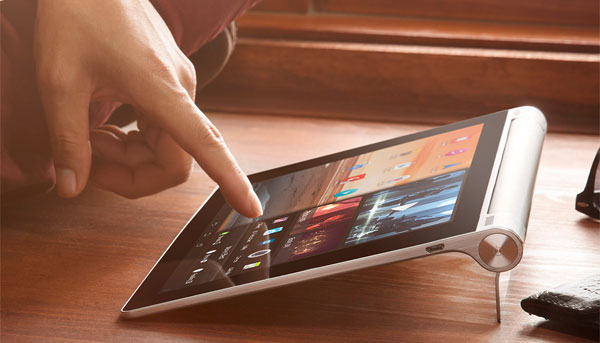 The cylindrical handle isn't just for adjusting the device’s position – it houses a massive 9,000mAh battery that gives the tablet up to 18 hours of battery life. The battery is so powerful, in fact, that the Yoga is capable of charging your smartphone on-the-go via a micro USB port.