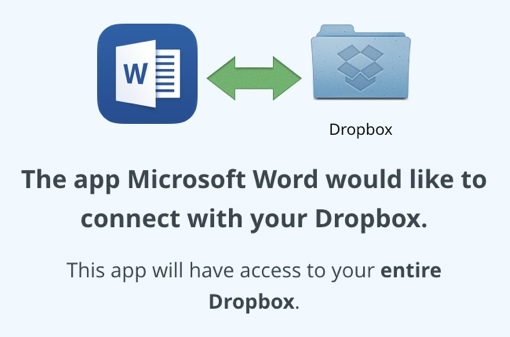 Most everyone is familiar with Microsoft Office at this point – it’s arguably the most popular office productivity suite in the world since its initial release way back in 1990. Dropbox, meanwhile, is one of the most popular cloud storage services in the world. It should come as a surprise, then, that these two behemoths have finally come together. You can now edit Office files directly from the Dropbox service and access Dropbox files directly from the new Office apps for iPad, iPhone and Android devices.

The cross-app feature allows you to sync document changes across devices, edit documents saved in the cloud while on the go and easily share your files with associates. These features were announced late last year for Apple iOS and were quickly implemented; functionality for the Android version of Microsoft Office went live just this month. To give it a try, choose "Add a Place" in the mobile app's file save screen, choose Dropbox from the list of cloud storage options and sign in to your account when prompted. 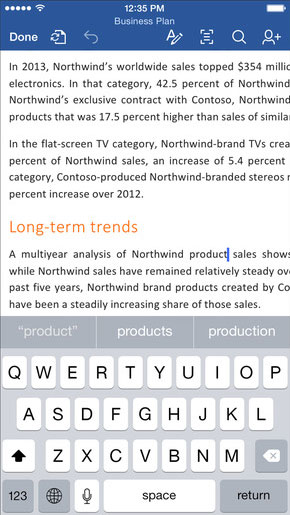 The Microsoft Office suite for iOS, including Word, Excel and Powerpoint, is now a free download on the Apple App Store and Google Play. The core experience of each is free (basic document creation and editing in Word, for example); more advanced features (e.g., charts, track changes) come with a $6.99 per month or $69.99 yearly Office 365 subscription. You can learn more about Office 365 at the Microsoft website. Mobile versions of OneNote and Outlook are also available, but do not have Dropbox functionality.

The Dropbox cloud file storage service offers 2 GB of universally accessible storage space for free to all Dropbox account holders. An upgrade to the $9.99 per month Dropbox Pro service with 1 TB of storage space is available for $9.99 per month. You can find the free Dropbox iOS app on the Apple App Store and the Android version on Google Play. For more information on starting an account, visit dropbox.com.