Millennials Spend a Third of TV Time on PCs, Tablets and Phones 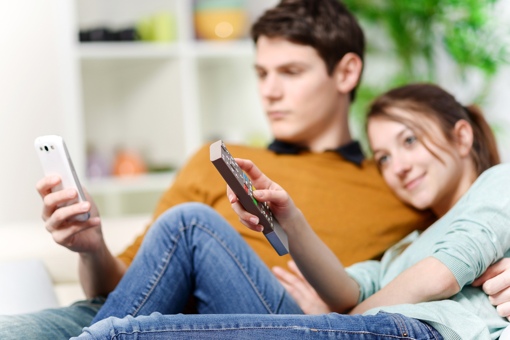 Wondering why TV ratings are slumping even though there are so many compelling shows available for viewing these days? It may just be because younger folks are getting their boob tube fix elsewhere. According to a new comScore study of TV watching habits, Americans aged 18 to 34 are now spending a third of their TV watching time on computers, tablets and smartphone devices.

As you might expect, a fondness for traditional television increases with age. Americans aged 35 to 54 spend just 84% of their TV time in front of a television. That number jumps to 90% for those aged 55 and up.

But though seniors are behind their younger counterparts, they’ve at least started dabbling with video streaming. The same survey shows that 17% of seniors have watched at least one original TV series on a desktop or laptop computer, while 18% have watched TV on a tablet. As these numbers continue to grow, they should put significant pressure on content providers to offer more choices for watching streaming video online.