New iPad Air and iPad mini are better and faster — but which iPad should you buy? 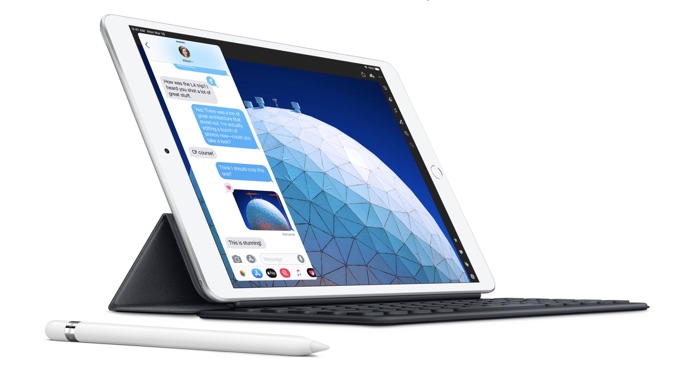 With recent updates to the iPad Air and iPad mini, it’s a good time to buy an iPad. This week, Apple upgraded these older model iPads, adding the newer A12 Bionic processor, a Retina True Tone display, and support for the Apple Pencil (1st generation). It’s a nice boost to Apple’s oldest iPads, which were becoming rather sluggish compared to newer models. The new chip increases the iPad Air’s speed by 70% and increases the iPad mini’s speed by a factor of three, so you can expect zippy performance from either tablet.

These aren't the most expensive iPads, but they aren't budget buys, either: the new iPad mini will start at $399 and the new iPad Air will start at $499. You can pre-order both of them now from Apple, Best Buy, or your electronics retailer of choice.

But while these upgrades were certainly needed, they make the question of which iPad to buy more complicated. Apple now offers iPads with five different screen sizes each with different amounts of storage as well as wi-fi and cellular options. If you’re in the market for an average-size iPad, you can now pick the iPad Air (10.5”), the iPad (9.7”) or the iPad Pro (11”), as well as the larger iPad Pro (12.9”) or the smaller iPad mini (7.9”). While the exact specs of these iPads vary, all of them now have recently-upgraded processors, Retina displays and Apple Pencil support.

Which iPad should I buy?

So how do you decide which iPad is right for you? Most of us probably wouldn’t notice the difference in performance between an iPad and an iPad Air, even though the Air costs an extra $160. Let's look at a rundown of the current iPad models:

For most people, the iPad or iPad mini offer a good set of features without being too hard on the budget. But graphics and video editors will appreciate the extra power the iPad Pro models offer, as well as the added sensitivity of the 2nd generation Pencil, which is ideal for creatives. The iPad Air sits in a strange middle ground — it's too expensive to be considered budget-friendly, and it lacks the improved processor and 2nd-generation Pencil support that make the iPad Pro appealing. If your ideal iPad is larger than a mini but faster than the base model, the iPad Air is what you need.

How to save on a new iPad

Sales on Apple products are typically rare, but we’ve been seeing a number of iPad sales recently — and Best Buy is offering a discount for pre-orders on the new iPad mini and iPad Air. It’s a small discount — just $25 off — but that’s a great sale for a brand new iPad. To get the deal, you’ll have to sign up for a free My Best Buy account before ordering your iPad mini or iPad Air.

Buying refurbished models from Apple — which come with the same warranty as a brand new tablet — can be a good buy,  but be careful because these aren’t necessarily newer models. For example, right now you can find a base model refurbished iPad for $209 and a refurbished iPad mini for $239, which sound like great deals until you realize both are models with an older A9 processor. While we’re certain to see newer iPads in the refurbished store eventually, you shouldn’t expect to see them any time soon.