At CES 2020, TiVo introduced a palm-sized HDMI streaming media dongle: the TiVo Stream 4K. It’s a 4K streaming player that supports both Dolby Atmos sound and Dolby Vision HDR for high quality streams, and comes with a so-called “peanut” remote control. The tiny gadget is very similar to the Roku Streaming Stick and the Amazon Fire TV Stick in both features and price. But TiVo jumping into the streaming player market isn’t the big news: it’s what TiVo has done with the user interface that’s exciting. 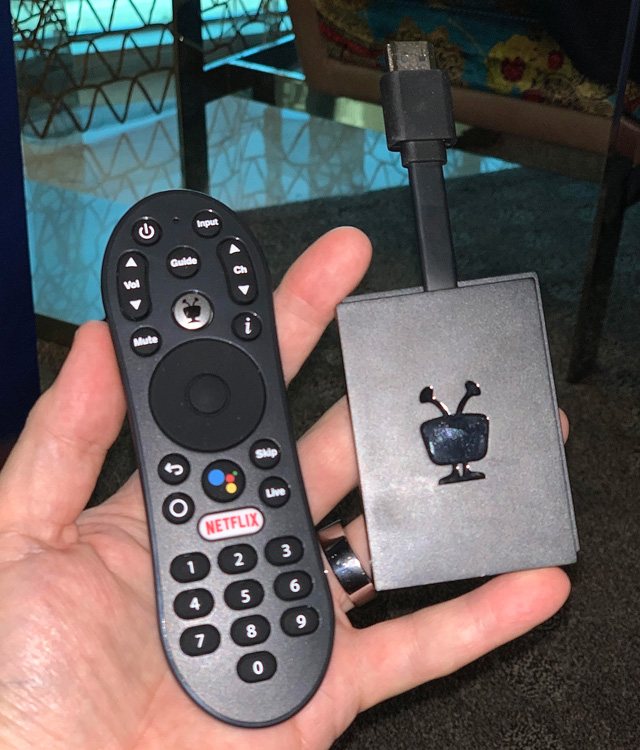 Instead of showing a grid populated with the bloated number of streaming media providers, Stream presents a grid of the actual shows you want to watch, regardless of which provider provides them.

When you first set up the TiVo Stream 4K, you sign into the streaming services to which you subscribe. You’re then guided through a short series of “would you rather watch this or this” A-B choices so the system can determine what kinds of shows/genres you like to watch. Then, you are presented with rows and rows of recommended programs. You click on a show, you choose the service you’d like to watch the show through, then you’re taken right to your show.

At launch, TiVo will include Netflix, Amazon Prime, HBO, and YouTube, as well as Google Play Store apps including Disney+. The company is in discussion with Disney to directly integrate into the company’s new streaming service into the interface directly, but for now, so hopefully it will join the lineup soon. In addition to these and potentially other streaming services, TiVo Stream will offer Sling TV to provide live content, and TiVo’s own 49 “channels” of its new TiVo+ streaming service. You’ll also be able to set alerts to let you know when favorite shows are about to start.

The TiVo Stream 4K will be available in April for a promotional price of $50, rising to $70 soon thereafter.