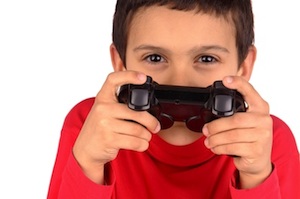 With mobile games growing more popular every day, a new type of game experience has arrived in the form of microconsoles that run on a version of Google’s mobile OS, Android. While the PlayStation and Xbox are battling for console control of your living room, these small Android devices are quietly sneaking in as devices that you can connect to your television, allowing you to experience your mobile games on the big screen.

These new consoles are appearing just in time for holiday shopping, and they range in price from inexpensive to pricy. Some of them include features like the ability to stream hardcore games from your PC or play media like movies and music, and all of them come with some form of controller that emulate the standard console controller layout, while others include an integrated screen or other types accessories like docks and cases. 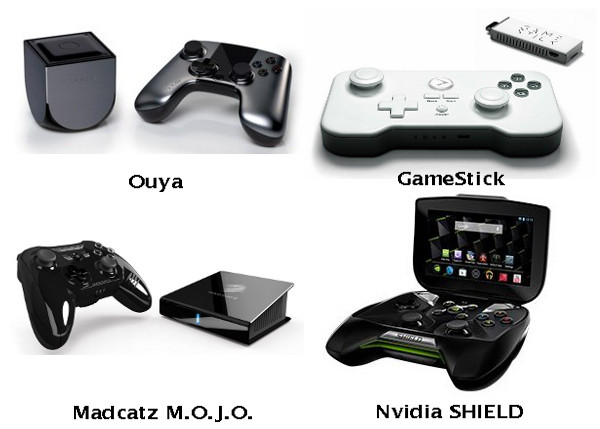 We’ve been able to take four of the most popular devices for a spin:

While each one offers different advantages over the others, such as Google Play compatibility to download Android game apps and price (inexpensive), there are drawbacks for each as well ranging from game availability to price (expensive). The chart below will help you see at a glance which console might fit your own needs, and we peg the pros and cons for you as well.

Which one is the best?

For our money, the Ouya managed to impress us the most. The system was the first out of the gate and has even established a toehold in retail stores. In fact you might have seen it at Target and Best Buy during Black Friday, and the company promises that kiosks will soon be in stores allowing hands-on demonstrations.

We really thought that the GameStick might give it a run for its money, but we had an extremely difficult time getting it set up on our WiFi, and there are not many games available for it right now.

The M.O.J.O. and the SHIELD are big players in the microconsole field, offering full access to the Google Play store, but they each cost $249.99, putting them on-par with Nintendo’s Wii U. Between the two, the SHIELD is the better buy with the included screen and speakers, and PC game streaming that works out of the box (M.O.J.O.’s is ‘coming soon).

But with its under-$100 price combined with the fact that you can play every one of the over 500 available games for free before you decide to buy them, the Ouya has a clear advantage over the other systems and gets our recommendation for the microconsole you should stick in a stocking this year.

The games for each of these systems range in price from free to $10, although the average price for paid games is around $3.00. Some of the devices like the Madcatz M.O.J.O. and the NVIDIA SHIELD work directly with Google Play, but others like GameStick and Ouya use their own interface, which means you might have to pay again for games you’ve already purchased elsewhere

Each one of these systems has a unique look and functionality. The Ouya and M.O.J.O. are tiny consoles barely about the size of a Rubik’s Cube and deck of cards respectively, while the GameStick resembles a pack of chewing gum. The NVIDIA SHIELD is radically different, with a flip-up screen attached to the controller featuring integrated stereo speakers.

While all of these gadgets are easily portable, the GameStick was designed to go places. The small device plugs directly into an HDMI port on your television, although you need to connect it to USB power. When not in use, you can store the Stick in the back of your controller to take it with you. Only the SHIELD tops it in terms of portability, as it has a screen that allows you to play it while on the go.

If your gaming-obsessed gift recipient already has the latest gaming consoles and a brute of a gaming PC, a microconsole like the Ouya may be the gift that puts you at the top of Santa's list this holiday season.