Products that Make Your TV Smart

In typical US homes, the main HDTV is a Full HD (1080p) model, but it does not have the ability to stream content from the Internet, limiting your viewing choices to the offerings of your service provider, be it either broadcast, cable or satellite.

If you already have a high speed Internet connection, adding a Digital Media Player or a Blu-ray disc player with a streaming content feature will convert almost any legacy HDTV into a Smart TV, enabling instant viewing of TV programs and movies from services such as Netflix, Hulu, Amazon and Vudu. You may even find you can cut your cable bill.

So check out HD Guru's picks for media players and Blu-ray players that can make your TV smart.

Media players are small boxes that connect to your HDTV, (typically via an HDMI cable) and provide access to thousands of movies, TV shows and other content. Top selling models are offered by Roku, Western Digital and Apple TV. The top selling Smart Blu-ray Players are made by Panasonic, Sony, LG and Samsung . 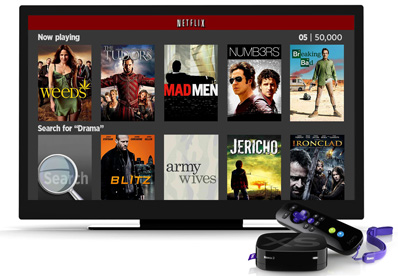 members [$79.99 year] get free downloads of thousand of movies from Amazon Instant plus free two day shipping on any item from Amazon direct).

Roku comes in three flavors. The entry level Roku HD Streaming Player ($59.99 on Amazon.com) outputs 720p HD and has built-in Wi-Fi. The step-up Roku 2 XD ($76 on Amazon.com) will stream content up to 1080p Full HD resolution. The top-of the line Roku 2 XS ($96 on Amazon.com) adds an enhanced RF remote control for games, a full edition of the Angry Birds game and an Ethernet port for wired Internet connection. 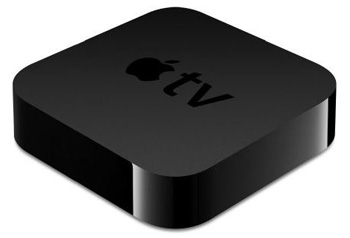 The Apple TV MD199LL/A ($99 on Apple.com) is probably the best known media player. Unlike the previous model, the updated version will now output up to 1080p. You get Netflix as well as the iTunes Store to buy or rent TV shows and movies. It also permits streamed content including music from iTunes on your computer. Other streamers offer more movie services. The Apple TV sells for $90.98 from Amazon direct.

Before add any of these devices, check this first...

If you PC has an HDMI output port you can watch all this online content, like Netflix streaming, on your HDTV, just by plugging an HDMI cable from your PC to the back of your TV. No Roku etc box needed.  If your PC doesn’t have an HDMI port, you can buy an HDMI card for not much money ... $20 or so on ebay, for example.  In windows set the TV to be a second display that shows everything that is on your PC display.  So if you have netflix, hulu, abc.com running full screen on your PC it will run full screen on your HD TV.  Add a tv tuner card to your PC and an antenna (or hook up your cable connection to the PC tuner card) and your PC is now a free DTV recorder, thanks to Windows Media Center.  U can watch your recorded TV on your HDTV via the same method described above.

No, you do not have

No, you do not have to pay for another Netflix account to use another Roku.  I stream movies downstairs thru my blu-ray player while my son streams movies on his laptop or upstairs on his TV on my account at the same time.  There is a limit of how many can be running on one account at the same time…maybe 3?  But you can have your netflix setup on several devices.  Hope that helps.

Me cheapo way to do

Me cheapo way to do this was to connect a used Wii that I bought for $30 and stream thru that.

I don’t think Roku has much in the way of sports programming.  Does anyone know how to stream sports?I think some Sony products have ESPN3, but I’m not clear on which ones.

The problem I have with

The problem I have with my puter while using netflix is that it shuts off if no contaact with the touch pad. then i loose silver light and have a real problem of reinstalling the silver light etc. I bet pain in but to use the computer to tv I would think. If I fall asleep while watching that is the problem. Unless there is a way to keep the lap top from doing that.

I know that I should be so ashamed of losing my tech savvy especially due to high school computer and business state awards, all computer courses, and youthful hacking when internet not utilized much yet… but life circumstances (abuse etc) has left me so behind now.. I need to catch up so if willing to explain certain things from past three years e mail lishammmk@gmail.com please.
Also, I need some advice on what products to purchase for my father who has a Sony plasma tv from over 4 years, time warner, blue ray…  I messed up again getting him a gift by purchasing a tablet he doesn’t want.  He is the type that doesn’t like cell phones still.
He does like his tv and I want to get something to covert it to a smart tv or pc. I also want to be able to turn into video conference like skype becausr my sister is across the country and he is real closr to her plus my daughter is in mind (toddler)
I want best digital or whatever payer and remote.. would like something voice activated and a camera for skype.  Any suggestions please as my father never likes anything I do or get him and resents me.. my health is deteriorating and if not fixed will have to check long term into hospital or etc..
Please help guide me in the right direction with best rated products/deals and IF am going to also research hulu and netflix and pick one to order…
If you read all the way through thank you immensly and your opinions would be so greatly appreciated.. more than you could realize.
Please respond asap on here but more in depth to my email as to not bore others. Lishammmk@gmail.com
Thanks
Alisha