Facebook has received a lot of criticism for not doing enough to address the issue of fake news. Now, you can help stop the spread of misinformation. Facebook is currently rolling out the ability for readers to report stories to Facebook that they believe are fake news.

How does it work? When Facebook receives enough complaints about a story, it will be sent to an independent third party, like Snopes.com, PolitiFact and the Associated Press for fact checking. All fact checkers have agreed to abide by the non-partisan Poynter Code of Principles when determining whether a story is fake.  The code of principles are:

If the fact checkers determine that the story is fake, it will be marked as "disputed." That doesn't mean the stories won't show up in your feed, but they will be marked.

If you click on the bar that says "Disputed by..." you have the option of going to the independent fact-checking website to learn more about why it was marked. 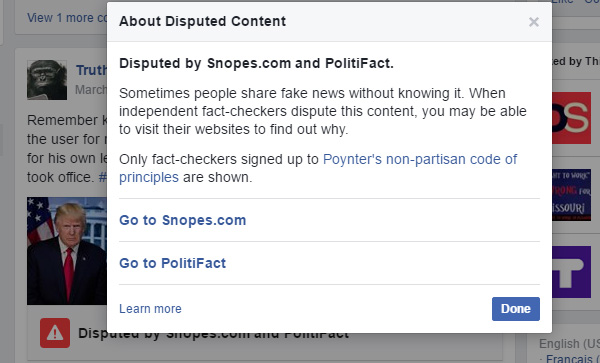 How to report a fake news story on Facebook 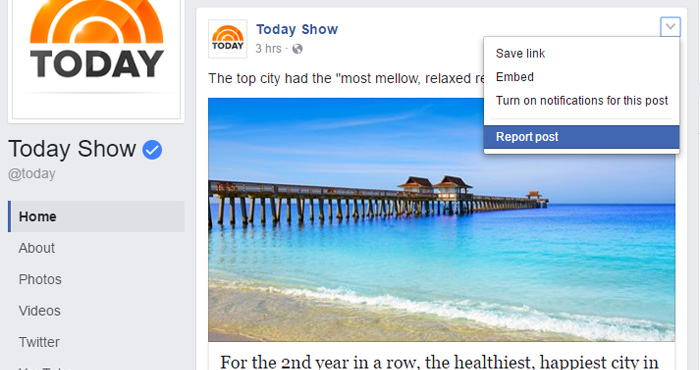 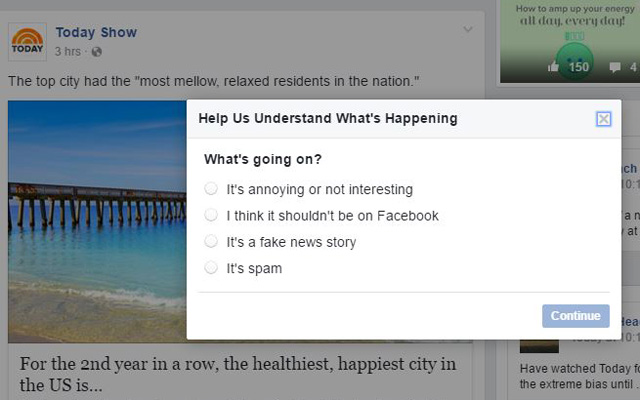 Click on "Mark this post as fake news" You'll also be given to option to block future posts from the news source. 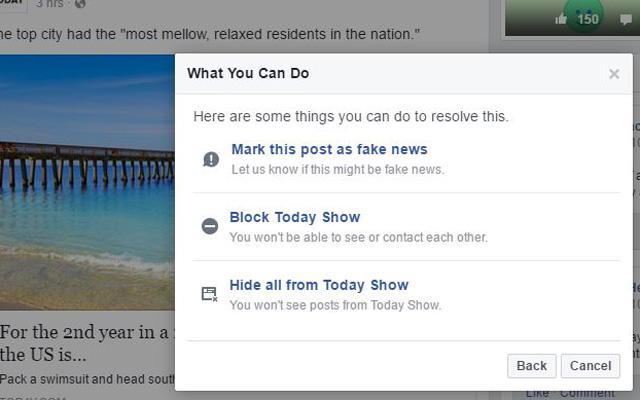 Facebook is currently rolling out the feature, so if you don't see it in your News Feed yet, you will soon.

If they’re expecting Snopes to be non-partisan, they are seriously fooling themselves.

Debra Coker, I agree. Snopes has been found to partisan more often than not.

Can you share where it’s been shown - with hard data - that they are biased? The founders are a non-voting Canadian immigrant, and a guy who registered as Republican in 2000 (he’s since gone to non-affiliation). http://www.factcheck.org/2009/04/snopescom/

How to stop ugly Comments

How can I report ugly racist, sexist Comments.  Seems no option for this.

Stop using Facebook, if you cannot handle another person’s opinion