The Acer Chromebook 14 Gets a Whopping 14 Hours Battery Life 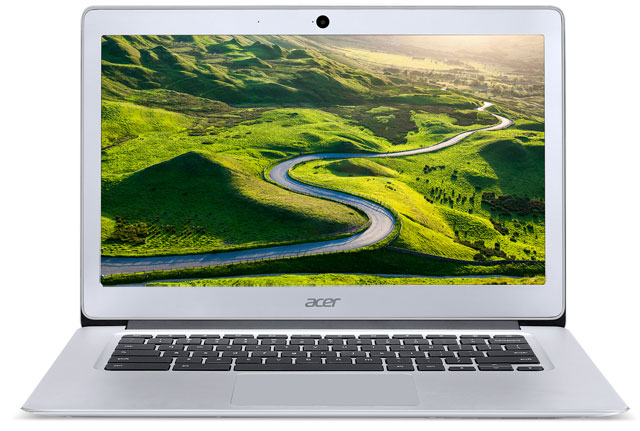 While Chromebooks are an affordable, portable solution for your basic computing needs, the quality can be iffy. To keep costs down, Chromebooks typically have small screens, slower processors, and plastic bodies—all of which can make it difficult to use a Chromebook as your primary computer.

However, the new Chromebook 14 from Acer may be a Chromebook you could use every day. The 14" display—available in full HD (1920x1080) or HD (1366x768)—is large enough not to feel cramped compared to more common 11" to 13" screens and allows for a normal-sized keyboard. The Chromebook's all-aluminum body strongly resembles a MacBook Air, though its larger screen makes it slightly bulkier: it weighs 3.42 pounds and is 0.67 inches thick when folded closed. Still, it's not going to weigh you down.

Inside the case, you'll find decent processing power, too, with an Intel Celeron quad-core or dual-core processor, 2GB or 4GB of RAM, and 16GB or 32GB of storage space. For video-conferencing, there’s a built-in 720p webcam and HD audio recording. 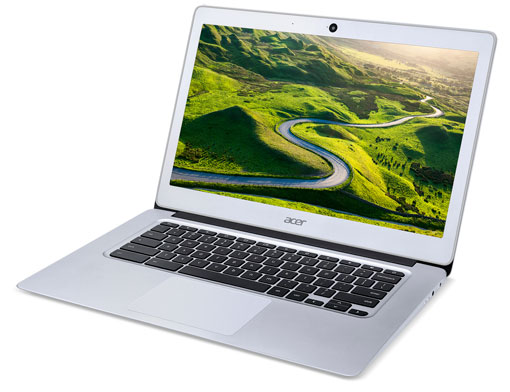 But the stand-out feature here is battery life: the Chromebook 14 can last up to 14 hours on a charge, something we've never seen from a Chromebook. To get that impressive battery life, you'll have to give up on the full HD display (though the better screen still offers 12 hours of battery), so you'll just have to decide whether the better screen or the better battery is more important to you.

The downside here is the downside to all Chromebooks: instead of running Windows or MacOS, these computers run Google's Chrome OS. This means it doesn't run ordinary Windows or Mac apps, instead focusing on Google's suite of cloud-based services. If you're looking for a laptop to run specific apps, the Chromebook probably won't be the right choice. However, it will let you browse the web, use Gmail, edit documents, chat, use maps, video-conference, watch videos and more—so it covers all of the basics.

Despite its lineup of features, the Chromebook 14 is still a budget-friendly buy. A model with full HD display, 4GB of RAM, and 32GB of storage will only set you back $299.99. Even if you want something more powerful for your home computer, the portability and low price makes it a good choice for kids, high-schoolers and college students.

If you're sold on it, Acer’s Chromebook 14 will be available in April. You can pre-order from Amazon now.