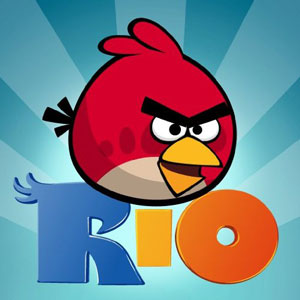 Angry Birds Rio is available for free on Amazon Appstore

There are several differences between the Amazon Appstore and Google's Android Market. First off, Amazon is being picky about what appears, offering only applications it feels are safe and appropriate. Google puts only minimal constraints on what's downloadable through the Market, which has led to malicious apps getting through. Some will object to this Apple-style "walled garden" approach, and the selection offered by Amazon is certainly sparser than the Android Market. There's no reason you can't download from both the curated Amazon store and the Wild West of Android Market, though, so nothing's really lost here.

What may prove to be the most important Amazon Appstore feature is not live at this writing, two days after the virtual doors opened. Amazon is offering an online Test Drive of some apps, allowing you to try them out for a limited time via an Android phone emulator running in your computer browser. This sounds like a wonderful idea, though how well it works, and how many apps will be previewable this way, are open questions for now.

While the Android Market is preloaded on compatible phones and devices, users have to install the Amazon Appstore themselves. It really isn't a difficult proposition: you can either enter your mobile number or email address on the web site and follow the link Amazon sends to install, or use a bar code reader app to capture the download destination off the Amazon web site. While installing the Appstore itself requires a bit of a workaround, downloading and installing the software you then select from Amazon is straightforward. Still, for some users, this hurdle may prove daunting.

There are rewards for those who make the modest installation effort. While Amazon would love to sell you apps for American money, they're also offering hundreds of free downloads. In fact, as part of the kick-off effort, they're currently featuring a different paid app as a free download offer every day. The first of these was an Amazon exclusive, Angry Birds Rio edition, which is still available free. Today's free app is Shazam Encore, a music recognition program, which is selling for $4.87 in the Android Market. Amazon is also offering lower prices on some apps than the Android Market. You'll also find discounted titles like Traffic Jam, which has you sliding vehicles around so your car can find the exit. It goes for $1.50 in the Android Market versus $0.99 in the Amazon Appstore; it pays to compare before buying.

Both Amazon and Google offer web-based and app-based shopping, but Amazon's familiar "if you like this, maybe you'll like that" recommendation engine is a definite plus.

You will need an Amazon user account to shop in the Appstore, and a U.S. address. And for now, AT&T customers are out of luck, since the carrier won't allow downloads from any source other than the Android Market. According to Amazon, they're working with AT&T to find a solution.

There are a few other alternative Android markets available, Appbrain and Tegra Zone, among others, but they don't have the marketing muscle of Amazon, and aren't luring us with free goodies and cut-rate pricing. Though still a work in progress, the Amazon Appstore is off to a good start.

Andspot and SlideME are two other alternative app stores for Android. SlideME’s been around since 2008, but hasn’t really caught on.

Thanks for the clarification!

You’re correct, all downloads and purchases on Appbrain are fulfilled through the Android Market.