What We Know About the Apple iWatch 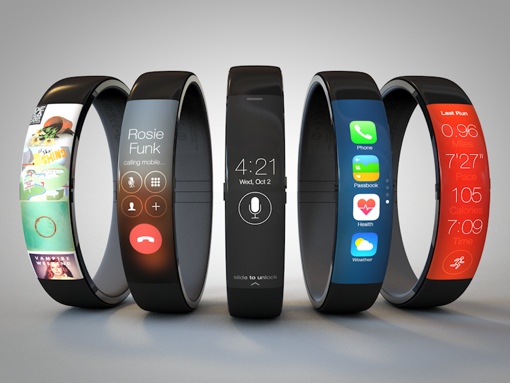 After years of research and rumor, the iWatch is almost here. Reuters news service is reporting that Apple’s smartwatch has entered into production in Taiwan and will be launching in the U.S. “as early as October.”

The slightly rectangular device, known unofficially as the iWatch, is expected to measure 2.5 inches diagonally. It will feature a touch interface similar to that of the iPhone, and will have wireless charging capabilities.

Apple’s device will be able to receive message and call notifications when paired with an iOS mobile device, though it will be able to perform plenty of functions on its own. Given Apple’s recent fitness-centric advertising, it’s reasonable to expect the iWatch to include fitness-tracking functions like heart rate and sleep monitoring, as well. It will not be compatible with Android smartphones and tablets.

The Apple iWatch will go head-to-head this holiday against the Google’s coming Android-powered smartwatch and Motorola’s sexy-looking Moto 360. Samsung’s has sold a significant number of its Galaxy Gear and second-generation Galaxy Gear Fit smartwatches over the past year, though the devices have not caught on quite the way the company was hoping. It's not known how much the iWatch will cost when it goes on sale this October, though its price should be competitive with the $200 Galaxy Gear Fit.

Apple hasn’t released any official iWatch photos. Recently, however, professional UI Designer Todd Hamilton theorized about what the device might look like and how it might function. You can check out his just-for-fun video of the iWatch concept below and at his personal blog.

I don’t know how many times I’ve cracked the crystal on my watch and had to have it replaced, so what happens when they watches get abused from normal wear?