In addition to the new iPhone 5, Apple unveiled new generations of its iPod touch and iPod nano, which the company still calls "music players" although they both do much more than play music.

Like the iPhone 5, both the new iPod touch and the new iPod nano will incorporate Apple's new Lightning dock connector, that is smaller than the previous connector used in these devices. 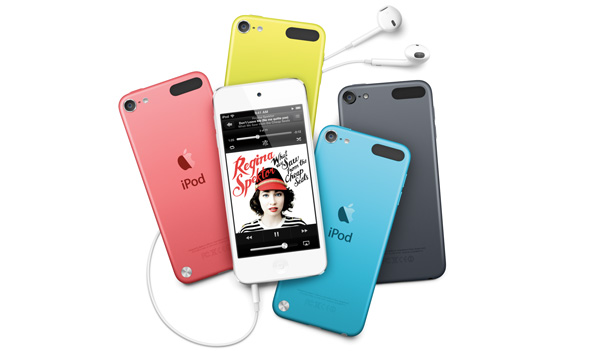 Notable improvements on the now fifth-generation iPod touch include:

In addition, Apple has made the new iPod touch thinner and lighter than ever before. It now is just 6.1 mm thin (reduced from 7.2 mm) and weighs only 88 grams (reduced from 101 grams).

A brushed aluminum back should be less prone to scratching than the shiny metal back used in previous generations of the iPod touch, and this new back is now available in a selection of colors: pink, yellow, blue, white and silver, and black and slate.

Meanwhile, the iPod nano has been resized yet again. It now is longer, with a 2.5-inch "Multi-Touch" display and a small "Home" button like that found on the iPhone and iPod touch.

Besides the larger display––which is the largest ever built into a nano––notable improvements on the now seventh-generation iPod nano include:

Pricing for the new nano is set at $149 for a 16-gigabyte model, and it, too, will be available in a selection of seven colors: pink, yellow, blue, green, purple, silver and slate.